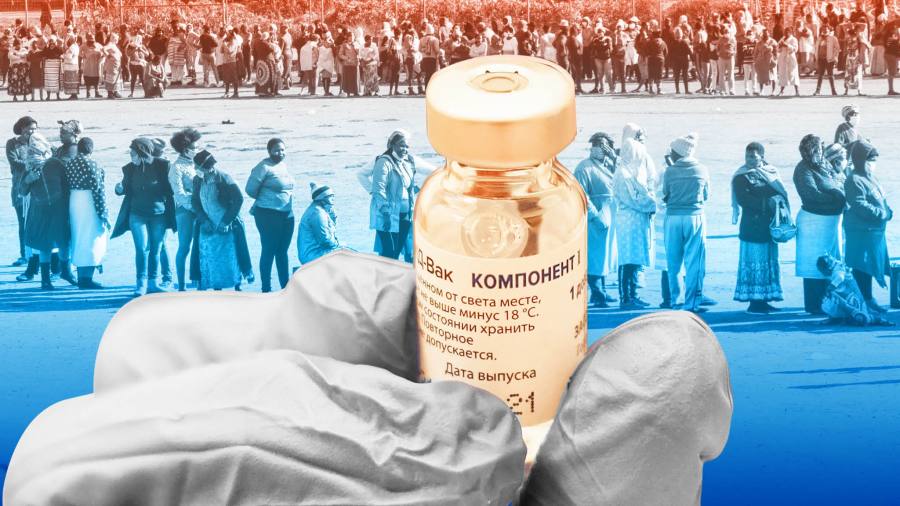 The African Union will pay three times more for Russia’s Sputnik V jab than it is paying for the Oxford/AstraZeneca and Novavax vaccines, according to people familiar with the procurement process.

The $9.75 price per dose for 300m shots of the Russian vaccine, developed by the state-run Gamaleya Institute, undermines Moscow’s argument that it is offering affordable jabs to countries priced out of deals with western pharmaceutical groups.

The deals struck by the AU, which is emerging as one of the world’s biggest vaccine buyers, provide a rare insight into how jab prices compare, a subject manufacturers have sought to keep out of the spotlight.

“Africa is a key market for Sputnik V,” said the Russian Direct Investment Fund, a Kremlin-run wealth fund overseeing Sputnik V’s foreign sales. “Our international price of just under $10 per dose is the same for all markets.”

RDIF has boasted that the Russian jab’s cost is “two times lower than that of other vaccines with similar efficacy rate”, and that its deals with poorer countries stand in contrast to other manufacturers that have prioritised wealthy nations.

Kirill Dmitriev, RDIF’s chief executive, told the Financial Times: “Countries really see, you know, tremendous double standards from some of the western nations who promised equal access and basically are just buying everything for themselves. And they see significant inequity in vaccine distribution to favour wealthy nations . . . It’s frankly unethical.”

However, the price of the Russian vaccine, which will not start arriving in Africa until May, compares with the $3 a dose the AU has agreed for the Oxford/AstraZeneca and Novavax jabs made by the Serum Institute of India, according to the people familiar with AU procurement.

The AU will pay $6.75 a dose for the BioNTech/Pfizer vaccine and $10 for Johnson & Johnson’s, a single-dose product. It is not purchasing any of Moderna’s two-shot inoculation, priced at $32 to $37 per dose.

In addition to 300m Sputnik V doses, the AU says it has acquired provisional orders for 670m doses of other jabs. It is buying vaccines on behalf of member states in order to supplement supplies from Covax, a facility backed by the World Health Organization that is providing vaccines for free to 92 countries, including many in Africa.


RDIF has said its vaccine’s 92 per cent efficacy, cost and ease of storage are “unique”. But scientists at the US Food and Drug Administration this week confirmed data showing that J&J’s jab — which can also be stored in a normal refrigerator — prevented severe or critical disease in 86 per cent of US participants and 82 per cent in South Africa where the 501.V2 variant was prevalent. Because only one shot of the J&J vaccine is required, at $10 it would be nearly half the price of Sputnik V.

The Oxford/AstraZeneca jab demonstrated efficacy of about 70 per cent in clinical trials, while the BioNTech/Pfizer product, which needs to be stored frozen, showed efficacy of 95 per cent.

African governments have been disappointed at the slow pace of vaccine arrivals and, in a few cases, have struck expensive side deals to secure early supplies. South Africa ordered 1.5m doses of the Oxford/AstraZeneca jab from SII at $5.25 a dose, though it later halted rollout after discovering that the shot might not prevent mild and moderate cases caused by the 501.V2 variant first discovered in the country.

This week, the first AstraZeneca vaccine supplied by Covax arrived in Africa when Ghana took delivery of 600,000 doses. Covax said it was paying $3 per dose of the jab, manufactured in India.

Covax had originally hoped to distribute 15m doses of vaccine to Africa this month, with a further 40m arriving in March, though that timetable appears to have slipped. It has promised to provide doses sufficient to inoculate at least 20 per cent of the population of qualifying countries by the end of the year.

David Malpass, president of the World Bank, said it was true that manufacturers were diverting supplies towards richer countries that were paying more. He called for less secrecy.

“We need transparency of their contracts with Covax and the doses that are available from Covax for developing countries,” he said. “Those will be key in getting the delivery schedules.”

African governments can access a $2bn vaccine facility provided by the Cairo-based African Export-Import Bank as well as funding from the World Bank.

China has supplied few doses to Africa so far, raising questions about possible Chinese supply constraints. Beijing this month donated 200,000 doses to Zimbabwe, a near-bankrupt country with which it has close but strained relations.

BioNTech said it would not comment on pricing, but emphasised that it had offered its vaccine to many low- and middle-income countries at cost. The company added that even high-income countries were getting a price that was “significantly discounted from normal benchmarks” during the pandemic.