Afghanistan: the view from Ground Zero 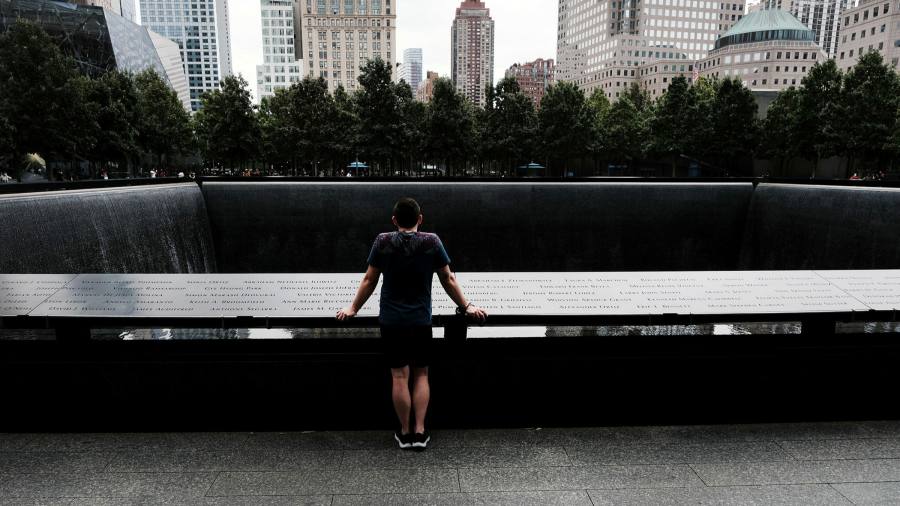 Sign up to myFT Daily Digest to be the first to know about Life & Arts news.

To pass through the 9/11 Memorial & Museum in Lower Manhattan, as I did for the first time earlier this week, is to reawaken in a roughly 90-minute span long-buried feelings of disbelief, horror, a righteous thirst for vengeance and then, ultimately, sorrow and frustration.

Now there is shame, too. The sight of an American military cargo plane lifting off from Hamid Karzai International Airport in Kabul with desperate Afghans clinging to its fuselage is at least as horrifying as — and possibly more than — the iconic images of the US evacuating its embassy in Saigon after the Vietnam war.

By Monday afternoon, it had sealed elite opinion about President Joe Biden’s calamitous ending of the nation’s generational Afghanistan mission: a historic debacle that has weakened the US’s standing in the world, needlessly endangered those Afghans who risked their lives to assist us, and will sting for generations.

All that may be so. And yet I am not prepared to condemn Biden alone for a disaster that was 20 years in the making, shaped by so many hands and fuelled by so many delusions. Talking to people in and around the hallowed ground where the Twin Towers once stood, where it sometimes feels as though the tragedy occurred only yesterday, I sensed a similar fatalism.

It’s a heartache because I don’t think we should pull out but . . . we should mind our own business

Even if they were unable to locate Kabul or Kandahar on a map, or explain the differences between counterterror and counter-insurgency strategy, many Americans seemed to have long since accepted that the missions in Afghanistan and Iraq would never yield satisfaction or bind our wounds. That the exit would be ugly and inept seemed somehow fitting.

“It’s a heartache because I don’t think we should pull out,” said Patty Rykert. “But I’m also American and I feel we should mind our own business.”

For Rykert, 53, a life-long New Yorker, there were all sorts of factors on either side of the equation, many personal. She had lived in the neighbourhood when Islamist terrorists — abetted by the Taliban — flew hijacked jets into the towers. She had brought her visiting niece to Ground Zero this week to help her understand the enormity of that event. Her brother had served in the wars in Iraq and Afghanistan and was adamant, Rykert said, that leaving would create a “playground” for terrorists.

On the other hand, she is a social worker, and understood that many Americans no longer believed in the project of creating a democratic Afghanistan and wanted to heal their own nation instead. “I think he’s doing what the rest of America really wants,” Rykert said of President Biden. “We’re done. We’ve tried.”

“Bring our boys home. It’s not our war,” Ed Guzman said without pause when asked about the wisdom of withdrawal. If anyone wanted to blame Biden, he argued, they should also hold responsible “the dummy Donald Trump” for setting the wheels in motion by agreeing last year to remove US forces from Afghanistan as part of a “peace” plan with the Taliban.

Bring our boys home. It’s not our war

The days ahead will be spent apportioning blame among the intelligence services that seemed to misjudge the speed with which the Taliban would rout the Afghan army, a Pentagon that for years offered too rosy assessments of the war and politicians and diplomats who insisted it was in the US’s interest to stay but could never explain how we would leave.

I do not rule it out, but it is hard to imagine the American public supporting another foreign intervention in my lifetime.

It is unknowable what other domestic repercussions will eventually flow from a US military defeat after so much sacrifice. As Kathleen Belew detailed in her book, Bring the War Home, it was the US failure in Vietnam that led a disillusioned veteran, Louis Beam, to create a new type of paramilitary force to pursue his idea of justice at home: violent white supremacy. Beam’s Vietnam experience, she argued, would eventually contribute to the 1995 bombing of the federal building in Oklahoma City and the rightwing militias that stormed the US Capitol in January. Who knows what pathogens 20 years of fighting and dying in Afghanistan and Iraq will have brewed?

In the meantime, we measure our politics by the news cycle. On that score, Robin Graham, who was visiting from Atlanta, did not believe that America’s sharply drawn domestic divide would be much changed by events in Kabul. “I’m a little torn, seeing what’s happened in the last week,” Graham said. She would have liked the leaving to be handled differently, she explained, then confessed: “But I don’t know how that would work.”

I’m not sure many of us do.

US banks take diverging bets on direction of interest rates

US sketches out tough regime for e-cigarettes with first authorisation