Advocates of Black Colleges Are Optimistic. Here’s What They Want From the Biden Administration. 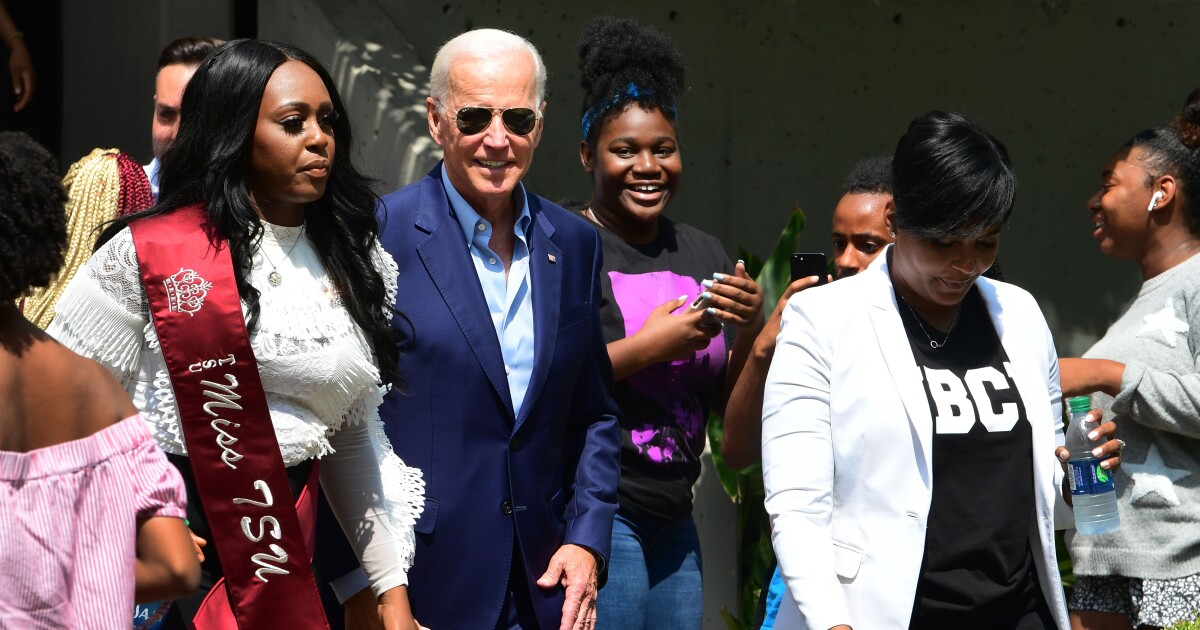 Advocates of historically Black colleges describe this moment as the dawn of a renaissance for the sector.

It’s easy to see why. For the first time ever, an HBCU graduate, Kamala D. Harris, is vice president. Another such grad, the Rev. Raphael Warnock of Georgia, just joined the U.S. Senate, helping flip the body to Democratic control. Meantime, eye-popping private donations, including from the philanthropist MacKenzie Scott, have energized the historically underfunded colleges. And with protests after the death of George Floyd spotlighting systemic racial inequities in American society, people are taking a fresh look at HBCUs as engines of economic opportunity for Black Americans.

Hopes are high. But can political leaders and policy makers deliver on the optimism? Here are a few key changes HBCU advocates would like to see.

A Doubling of Pell Grants

Among the top priorities for HBCU advocates is holding President Biden to his pledge to double the maximum Pell Grant, currently $6,345 for the academic year.

The program is the cornerstone of the federal government’s effort to financially support low-income college students. But tuition increases have far outstripped inflation, so the power of the Pell program has significantly diminished over the decades. According to a 2017 report by the Center on Budget and Policy Priorities, the Pell Grant that year covered just 29 percent of the average cost of tuition, fees, room, and board at public four-year colleges. In 1975 it covered 79 percent.

A doubling of the maximum award would help needy students everywhere, but HBCUs educate a disproportionate number of those students. More than 70 percent of their students are eligible to receive a Pell Grant, according to the United Negro College Fund, and a robust increase would reduce the disproportionate debt that Black students carry.

A New Approach to Funding Research

In a 2016 paper in The Journal of Negro Education, Ivory A. Toldson, who served as chief of President Barack Obama’s White House Initiative for Historically Black Colleges, mentioned a startling fact: The Johns Hopkins University in 2014 received more money in grants and contracts than all HBCUs combined, at $1.6 billion from federal, state, and local governments as well as private foundations.

Toldson described what he called a “caste system” in higher education, in which students at colleges with more robust grant funding benefit from enhanced facilities, equipment, and opportunities to earn income while studying. Some of the inequity, Toldson wrote, can be explained by institutional capacity, but selection bias among funding agencies also plays a role.

Toldson said he would like to see grant-making agencies create pools of money designated for HBCUs and other minority-serving institutions so that they don’t have to compete with richer institutions that have polished grant-proposing operations.

“An aspirational goal would be nice,” Toldson said. “It’s one thing to say, ‘Increase funding.’ It’s quite another to say, ‘HBCUs represent 3 percent of all of higher education, therefore 3 percent of the grants funding you allocate should go to HBCUs.”

“It means not being pigeonholed to certain issues,” he said. “HBCUs are important for African Americans, but they’re also important to the economy and to labor discussions in the country. So we want to be involved with all of that because we impact all of that.”

One way the Biden administration could demonstrate inclusion from the start, Murray said, is by selecting an executive director of the HBCU initiative who possesses a strong understanding of the sector and doesn’t have to be educated about it. Another is by making sure the position remains based in the White House and is not moved to the Education Department, where it risks becoming an afterthought.

More systemically, Murray and other HBCU advocates said they wanted to be part of the broader higher-education conversation. He would like the Biden administration “to leave behind the old-school way of only reaching out to Black schools when you’re dealing with what you think might be a Black issue. Because all issues impact us.”

A 2018 survey of HBCUs by the U.S. Government Accountability Office found that 46 percent of their building space requires repair or replacement. The GAO‘s report on the survey identified significant needs in deferred maintenance and facilities modernization, but also noted structural barriers that the colleges face in meeting those needs.

Advocates scored a major victory in December, when the HBCU Capital Finance Debt Relief Act was included in the omnibus and Covid-19 relief legislation, wiping away $1.3 billion in debt held by the sector. But they would like to see continued investment in building out the colleges’ infrastructures through targeted grants.

HBCUs want help with deferred maintenance in the form of grants, “not more debt for the schools,” Murray said. “We worked really hard last month to get rid of $1.3 billion of debt. We don’t want to go back into debt moving forward.”

While HBCU advocates are hopeful, their optimism is tempered. Biden’s plan to invest in those institutions, and his broader higher-education agenda, which includes some form of student-loan debt cancellation, could face significant hurdles. Democrats hold a razor-thin majority in the Senate, and economic downturns have historically turned lawmakers’ attention away from higher education.

The First Tiger Sighting – Tigers In the Wild