Admiral says US military losing its edge in Indo-Pacific 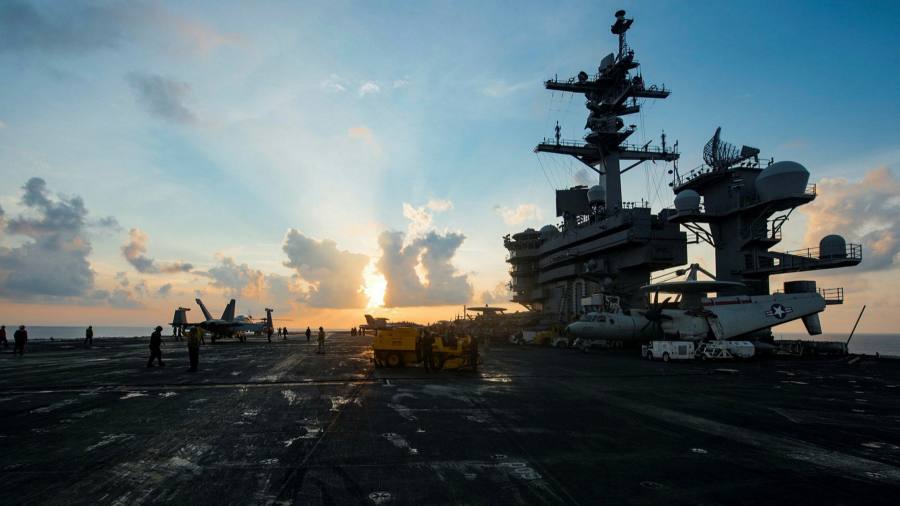 The US military is losing its edge in the Indo-Pacific as China rapidly expands its military in ways that suggest it is preparing for aggressive action, the top American commander in the region has warned.

Admiral Philip Davidson, head of Indo-Pacific command, said the military balance in the region was “become more unfavourable” to the US, raising the risk that China would take military action because of declining deterrence.

“We are accumulating risk that may embolden China to unilaterally change the status quo before our forces may be able to deliver an effective response,” Davidson told the Senate armed services committee during a hearing on Tuesday.

China last week said that it would increase its defence budget by 6.8 per cent this year. Davidson said China was rapidly expanding its navy and was expected to be able to deploy three aircraft carriers by 2025.

At some point, you’re going to see fighters. There’ll be a few at first and then they’ll try to do the boiling frog sort of approach where I just do a little, no one’s going to notice and not push back very much.

The admiral said China had quadrupled its nuclear capabilities over the past two decades, and could surpass the US by the end of the decade if its current level quadrupled, as some experts have projected.

“I cannot for the life of me understand some of the capabilities that they’re putting in the field, unless it is an aggressive posture,” Davidson said.

His comments came as the US has become alarmed about aggressive Chinese military activity around Taiwan. Asked if the US should change its long-term policy of “strategic ambiguity” — where it refuses to say how it would respond to an attack on Taiwan — he suggested it should be examined.

“40 years of the strategic ambiguity . . . has helped keep Taiwan and its current status, but you know these things should be reconsidered routinely,” Davidson said.

President Joe Biden has taken a tough rhetorical posture towards China over its military activity around Taiwan and other parts of the South China Sea and the East China Sea. Biden will on Friday host a summit with the members of the Quad — Japan, India and Australia — to discuss how they can work together to counter China in the Indo-Pacific.

The US navy has also conducted operations in the South China Sea to send a clear message to Beijing.

Last month, two US aircraft carriers conducted joint training exercises in the South China Sea — only the second time that dual carrier drills have been carried out in the area since 2012. US warships have also sailed through the Taiwan Strait, after Chinese fighter jets and bombers had simulated missile attacks on the USS Theodore Roosevelt, one of the two carriers that exercised in the area.

In addition to installing surface-to-air and coastal defence cruise missiles, he said he expected that they would deploy fighter jets — another move that would undermine a pledge President Xi Jinping made in 2015 not to militarise the islands.

“At some point, you’re going to see fighters,” Studeman said. “There’ll be a few at first and then they’ll try to do the boiling frog sort of approach where I just do a little, no one’s going to notice and not push back very much. And then pretty soon they’ll have as much as they’ll want to deploy there.”

The US has also criticised activities in the East China Sea where Chinese vessels make almost daily incursions into waters around the Senkaku Islands, which are administered by Japan but claimed by China.

Studeman said China was employing a “creeping presence that’s designed to demonstrate that they can achieve jurisdictional control steadily, slowly over time”.

Why Vladimir Putin has Ukraine in his sights

Tom Holland Knows That Everyone Needs One Great Leather Jacket