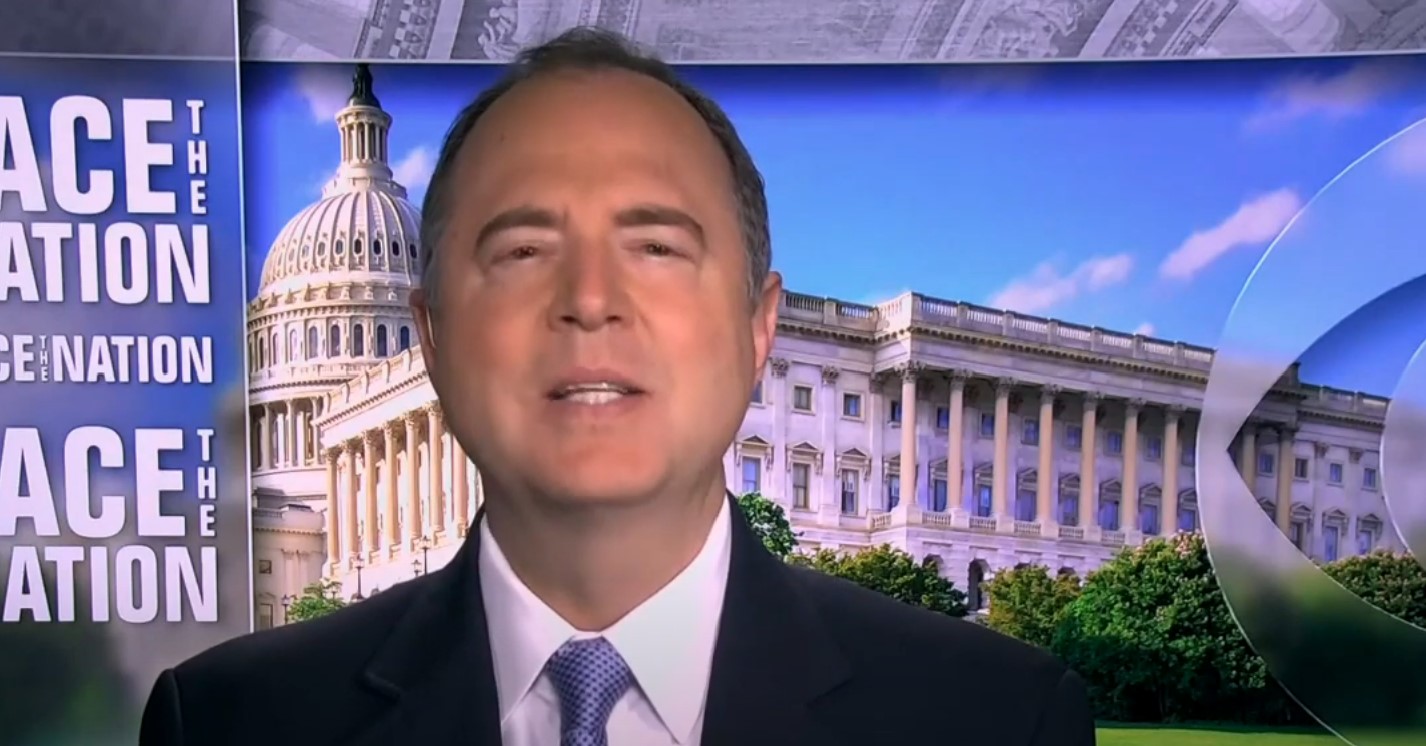 Transcript via CBS’s Face The Nation:

MARGARET BRENNAN: You wear a lot of hats, but I want to ask you about the January 6 committee that you serve on. The Justice Department, as you know, on Friday decided not to prosecute the former chief of staff, Mark Meadows, or social media director, Dan Scavino, for refusing to cooperate with your committee. We know the committee said that was puzzling. Is it your understanding that- that these men are immune from all prosecution?

REP. SCHIFF: No, they’re not. And it is very puzzling why these two witnesses would be treated differently than the two that the Justice Department is prosecuting. There is no absolute immunity. These witnesses have very relevant testimony to offer in terms of what went into the violence of January 6, the propagation of the big lie, and the idea that witnesses could simply fail to show up. And when the statute requires the Justice Department to present those cases to the grand jury, they don’t, is deeply troubling. We hope to get more insight from the Justice Department, but it’s a- I think, a grave disappointment, and could impede our work if other witnesses think they can, likewise, refuse to show up with impunity.

The DOJ seems afraid of the executive privilege argument, even though courts at all levels have shot it down in the course of the 1/6 Committee investigation.

Rep. Schiff is correct. By deciding not to prosecute Meadows, the DOJ has given incentive to others in the Trump White House not to cooperate. There is no executive privilege for criminal activity.

Unless Mark Meadows is already under federal investigation for other crimes, the DOJ’s apparent timidness is not helpful to the 1/6 Committee.