Across the nation, Republicans are fighting to put children at risk 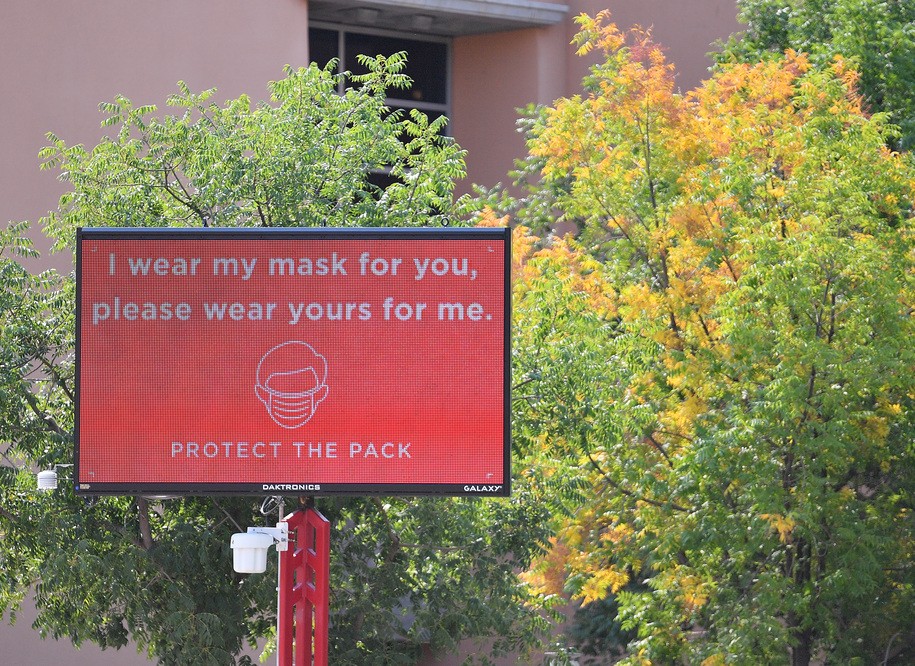 On Friday alone, 2,106 new cases of COVID-19 were reported among school children in Tennessee.  This came at the end of a week that had seen schools forced to close after the number of infected students and staff grew so high it was no longer possible to hold clases. That same day, the Republican-dominated state legislature made it clear they will not allow schools to defy a ban on mask mandates implemented by Gov. Bill Lee. In fact, Lee and other Republicans threatened to call a special legislative session for the sole purpose of punishing school districts. As the Nashville Tennessean reports, officials in Shelby County and Metro Nashville Public Schools have continued to uphold a mask requirement, despite Lee’s order. The speaker of the state assembly insisted that Republicans “cannot and will not allow lawful orders to be defied.” Meanwhile, Lee encouraged parents in the districts to “make their voices heard” like those in Williamson County, who threatened the lives of health experts for daring to provide the school board with accurate information on the effectiveness of masks.

Florida continues to lead the nation in new cases of COVID-19 with over 20,000 new cases each day. On Saturday, the Florida Education Association reported that 66,790 Florida children below the age of 16 have now tested positive for COVID-19 in August alone — an average of over 3,100 kids a day. As of this week, 17 schools in Florida have been forced to close because of outbreaks of COVID which have affected large numbers of students and staff. In just the first few weeks of this school year, 19 teachers and 5 students have died of COVID-19. Florida’s students aren’t getting an education; they’re being forced onto the front lines of a battle in which Gov. Ron DeSantis is seeking to prove he’s extreme enough to secure the Republican nomination in 2024. As of Friday, 60 school districts were defying DeSantis’ ban on mask requirements. As NPR reports, the response of Florida was to give those districts 48 hours to obey, or face defunding of school boards and administration. That order came as Florida passed 3 million COVID-19 cases and as the spike in cases related to the delta variant continues.

On Monday, Reuters reported that the number of pediatric cases of COVID-19 in the United States has reached a record high with over 1,900 children hospitalized — the great majority of them in southern states. Those kids still make up less than 3% of total hospitalizations, that number has been rising steadily. And while the delta wave remains a “pandemic of the unvaccinated” with the CDC reporting this week that 92% of those hospitalized in the last month are unvaccinated, children are the only portion of that 92% who had no option. No vaccine is currently available to children under 12. (Note: This could change somewhat this week if the FDA gives full approval to Pfizer’s vaccine as expected. Unless there is special language in that approval, physicians would should be able to give “off label” injections to children. However, this shouldn’t be expected to be a widespread occurrence.)

In state after state, Republicans are in the amazing position of not just arguing against keeping children safe, but passing laws and executive orders that have no other possible outcome than to put the lives and health of children in danger. Weighing on the other side of the scale is … what? A minor inconvenience? An inconvenience that doesn’t even affect the people actually passing the laws and orders? That’s not freedom. That’s not rights. That’s just evil.

This week, Secretary of Education Miguel Cardona sent letters to the governors of Tennessee and Florida, along with Arizona, Iowa, Oklahoma, South Carolina, Texas, and Utah, informing them that the federal government intends to fight bans on masks in schools. It’s unclear if any of those governors will take the opportunity to pull back and think first of children, or whether they will react by seizing on this an an opportunity to further prove their street-cred with the violence, anti-child right. But I think we know where they’ll come down.