Abortion ruling shows growing might of US Supreme Court’s conservatives 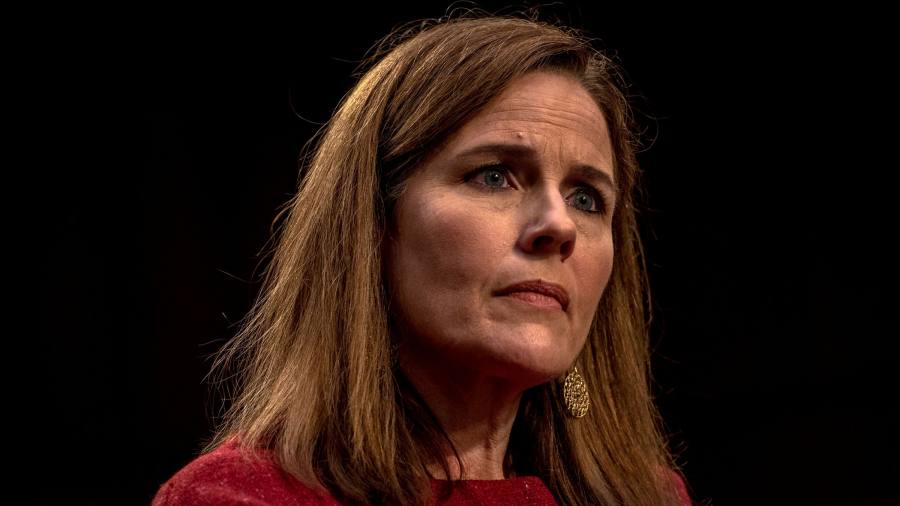 The US Supreme Court’s decision to overturn Roe vs Wade has highlighted the growing power of its conservative majority and raised questions about how far it might go in reconsidering precedents on other social issues such as contraception and same-sex marriage.

The ruling handed down on Friday upheld a state law in Mississippi banning abortion after 15 weeks — and then took a step further to overturn the Roe decision of 1973 that has enshrined the constitutional right to an abortion for nearly 50 years.

Justice Samuel Alito, who authored the majority opinion, said that the Roe decision had been “egregiously wrong from the start”, expressing a view held by many conservative legal scholars and activists who have fought a decades-long battle to overturn it.

“It is time to heed the constitution and return the issue of abortion to the people’s elected representatives,” he added, in a decision that was joined by fellow conservatives Clarence Thomas, Amy Coney Barrett, Brett Kavanaugh and Neil Gorsuch. Chief Justice John Roberts joined the court’s judgment, but not the more expansive majority opinion.

Roe’s reversal came a day after another divisive decision in which the court struck down a century-old New York state law requiring an individual to show “proper cause” to carry a concealed gun in public, deeming the statute unconstitutional.

“Within a 24 hour period the Supreme Court ruled on the one hand that abortion rights are a local issue to be decided by each state independently, while on the other, states are barred from making local decisions about how to regulate guns,” said Katherine Franke, a professor at Columbia Law School.

Together the rulings illustrate how the court’s rock-solid conservative majority — cemented by former president Donald Trump’s three appointments — has become increasingly emboldened to make sweeping rulings on some of the country’s most partisan issues, rather than find a more narrow or technical way to resolve issues.

Michele Goodwin, professor at the University of California, Irvine School of Law, said the court in its decision on Friday has accepted “Mississippi’s invitation to rid the country of a national right . . . such that these issues will now devolve to something that is closest to the time that we had in American slavery, where there were free states and there were states in which people’s . . . independence [and] freedom were not recognised”.

The abortion decision also demonstrates the waning power of John Roberts as a moderating influence on his more conservative colleagues.

Roberts has in the past seemed eager to broker decisions that avoided seismic changes on divisive social issues, such as the 5-4 ruling that narrowly upheld former president Barack Obama’s signature healthcare law. But his ability to serve as a swing vote has diminished as the court’s conservative wing has grown.

Although he agreed with his colleagues’ judgment in favour of the Mississippi law, Roberts said he would have preferred a more “measured course” that would have kept Roe in place while rejecting a rule articulated in that decision — and a subsequent case affirming it, Planned Parenthood vs Casey — that abortion was permitted up until a foetus is deemed “viable”, or able to survive outside the womb.

“The court’s decision to over-rule Roe and Casey is a serious jolt to the legal system — regardless of how you view those cases,” Roberts wrote.

Roberts’ plea for “judicial restraint” comes amid a profound crisis of the court’s authority that was exacerbated by the unusual leak of the abortion case’s draft opinion in early May.

During oral arguments for the Mississippi case last year, Justice Sonia Sotomayor asked: “Will this institution survive the stench that this creates in the public perception that the constitution and its reading are just political acts?”

In their dissent, the court’s liberal wing decried many of the ruling’s outcomes, among them, how it “undermines the court’s legitimacy . . .[and] betrays its guiding principles”.

A Gallup poll released earlier this week showed that public confidence in the court had plummeted to record lows, with just a quarter of Americans saying they had faith in the institution, down from 36 per cent in 2021. Part of the disapproval stems from a dissonance between court decisions such as the one handed down on Friday and public opinion. Most Americans opposed overturning Roe.

The ruling has also called into question what the court may do if it is presented with cases seeking to overturn other previously recognised, personal rights.

“No one should be confident that this majority is done with its work,” the dissenting justices wrote. “The right Roe and Casey recognised does not stand alone,” they said, pointing to “other settled freedoms involving bodily integrity, familial relationships, and procreation”. 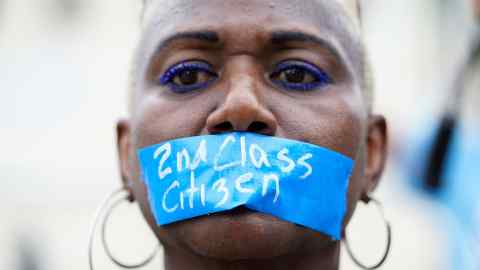 The conservative majority downplayed those concerns, saying they were “designed to stoke unfounded fear that our decision will imperil those other rights”.

But Thomas, in a concurring opinion, wrote that the court should “reconsider” other decisions grounded in similar principles — including rulings on same-sex marriage and intimacy as well as contraception — as this type of legal thinking was “demonstrably erroneous”.

He went further, adding: “After over-ruling these demonstrably erroneous decisions, the question would remain whether other constitutional provisions guarantee the myriad rights that our substantive due process cases have generated.”

Franke at Columbia Law School noted it was unclear how many other justices on the court supported Thomas’s views, since no one else had joined his opinion. But she added: “He used to be quite an outlier on the court and he’s not any more.”