A week after a gunman opened fire, worshipers return to Taiwanese church 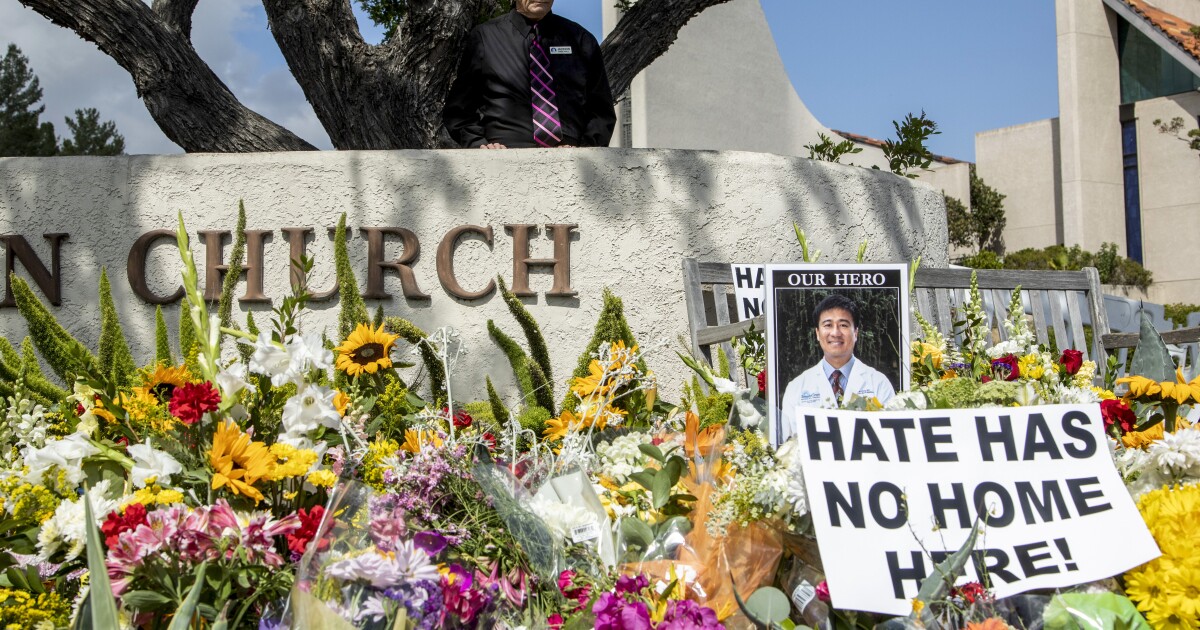 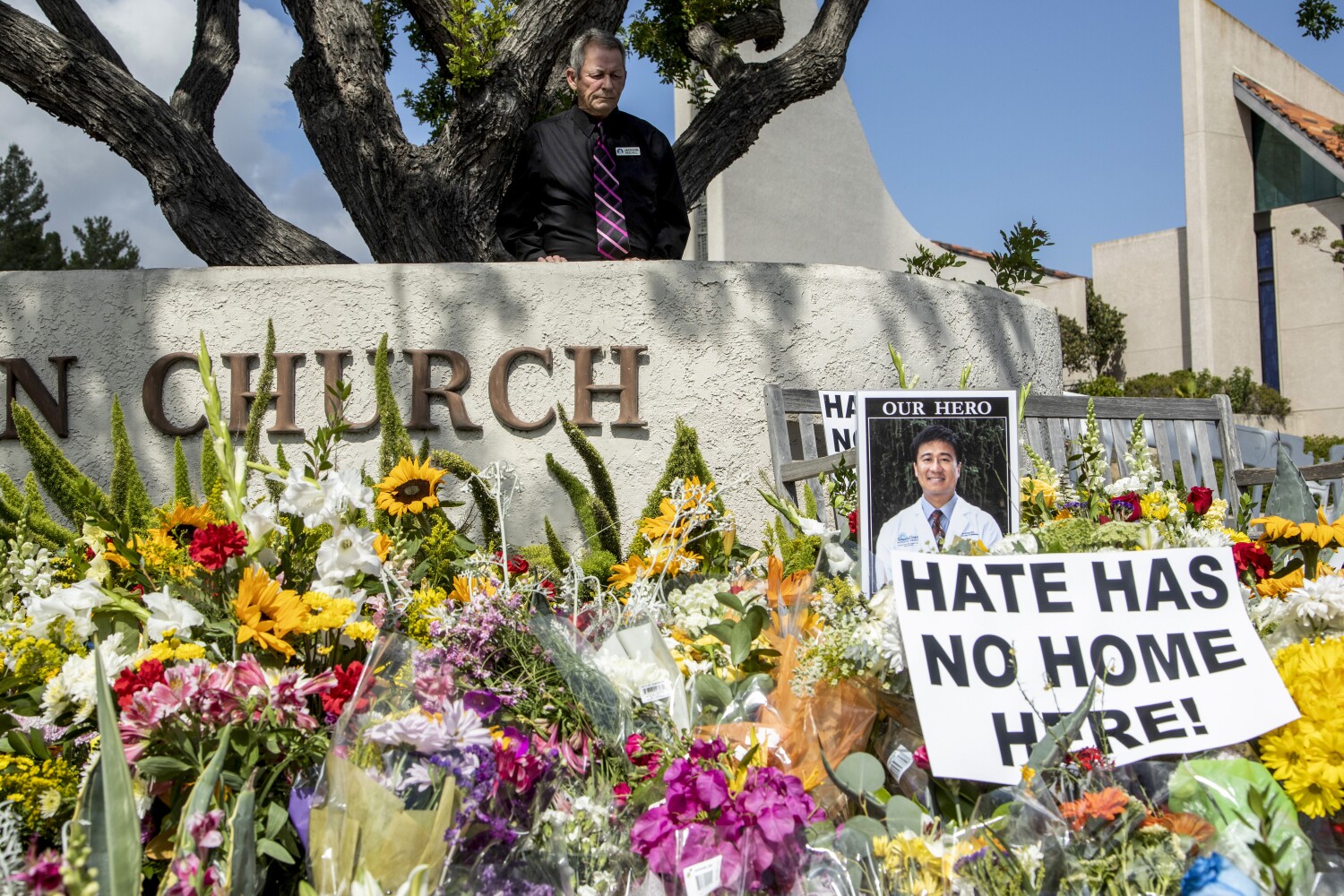 It could have been any Sunday morning at the Taiwanese church.

Elderly couples held hands and shuffled into the chapel.

Pastor Albany Lee led the Lord’s Prayer, illuminated by blue light from the stained-glass window behind him.

But a week earlier, the Irvine Taiwanese Presbyterian Church had been shaken by an unimaginable act.

A man opened fire at a luncheon after the morning service, killing one person and injuring five others.

The suspect, 68-year-old David Wenwei Chou of Las Vegas, has been charged with murder and attempted murder for the shooting at Geneva Presbyterian Church in Laguna Woods, where the Taiwanese church rents space.

Like most of the church members, Chou was born in Taiwan. But his parents were from mainland China, and prosecutors say he was motivated by his opposition to Taiwanese independence, a cause that the Presbyterian church in Taiwan has long espoused.

On Sunday, 140 or so church members came to worship, their faith shaken but not broken.

“We cannot control people’s evil, but we can rely on your good,” Lee preached in Taiwanese, a dialect that was once suppressed by the Kuomintang government. “Because we deeply believe: God’s good will overcome people’s evil.”

Bi-khim Hsiao, Taiwan’s de facto ambassador to the United States, attended the service along with Louis M. Huang, director general of the Taipei Economic and Cultural Office in Los Angeles.

In a short speech to the congregation, Hsiao pledged the Taiwanese government’s support.

“Our hearts are with the members and the wounded members of the community,” Hsiao said after the service. “We condemn such violence, and our work has always been to build democracy where people can express differences in peaceful ways.”

A choir of about 20 elderly men and women packed tightly together in front of the pulpit, their voices booming even without microphones.

After singing “O Come, All Ye Faithful,” the churchgoers read a verse from the book of Hebrews: Jesus Christ is the same yesterday and today and forever.

John Cheng, a 52-year-old doctor, died from gunshot wounds after he tackled Chou. Cheng was not a regular member but was accompanying his mother to the luncheon in honor of the church’s former pastor, Billy Chang.

Chang then hit Chou with a chair and hogtied him with the help of others at the luncheon.

“I can only feel at that very moment, the glorious moment when Dr. Cheng chose to take on the shooter, defending the rest of the church fellows, he must be the angel sent by God,” Lee said as he led a prayer, his voice rising.

An elderly worship leader wiped away tears as a photo of Cheng lighted up a screen.

“He deeply believed in God, because God is trustworthy, so Dr. Cheng also made himself trustworthy in defending the church,” Lee said.

Peggy Huang, a Yorba Linda councilwoman whose parents are members of the congregation, said Lee’s sermon was reassuring.

“We know God welcomed Dr. Cheng into heaven,” said Huang, who is running for Orange County Superior Court judge. “We believe and we know we will see each other again in heaven, and we can all say to Dr. Cheng that you did well.”

The oldest victim, a 92-year-old man, is still in a hospital, while the four others have been released, said Huang, who has been helping the church with media relations.

After the service, church members declined to talk with a Times reporter, saying that the tragedy remained “too raw.”

Many stayed in the chapel for a trauma intervention program.

“Be aware that having [post-traumatic stress disorder] is not because of your own mental status — it could happen to anybody,” a handout said in Chinese. “When a super extraordinary event happens, you feel helpless. It may take you a long time to deal with it.”

The service, Lee said afterward, was a first step toward healing.

Lee had prepared much of his sermon before the shooting, as the last part of a series on faithfulness. This week, he added material about how people like Cheng practiced their faithfulness in real life.

As people heal physically and emotionally, the life of the church will continue.