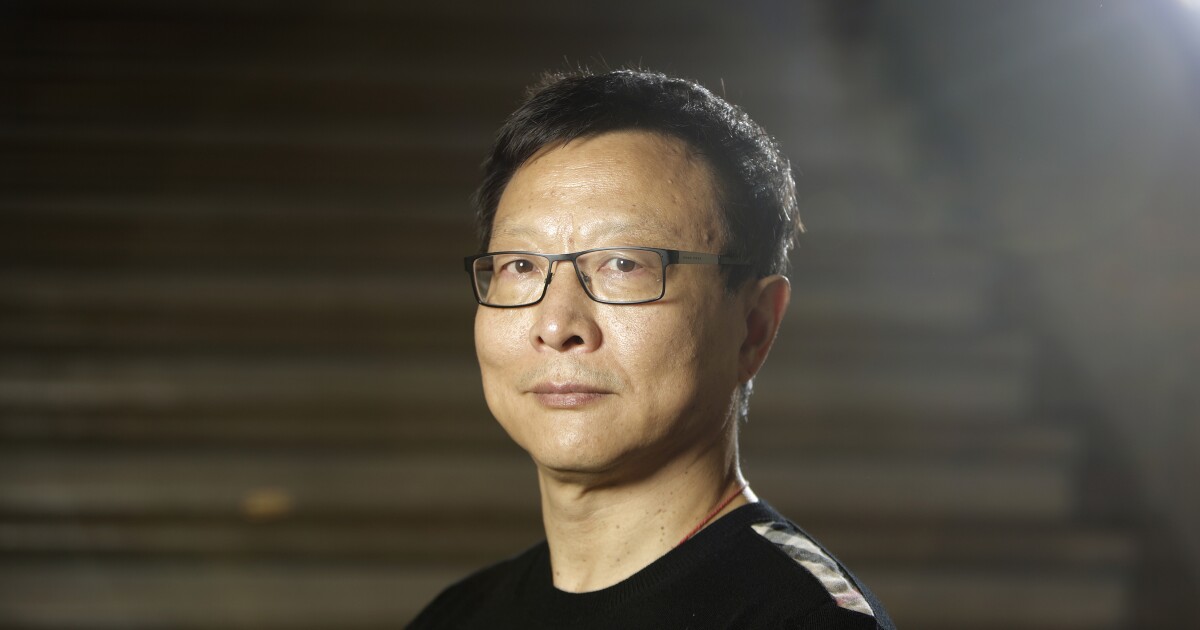 Sheng, a professor of composition at the University of Michigan’s School of Music, Theater, and Dance, said he was sorry for showing a 1965 film version of Othello, starring Laurence Olivier in blackface, during an undergraduate class last month. In the first apology, sent to students shortly after the class ended, he called the film’s use of blackface “racially insensitive and outdated” and wrote that it was “wrong for me” to show it. He promised they would discuss the issue in the next class. As it turns out, he wouldn’t get that chance.

In an email sent several days later, Sheng again apologized, this time at more length, writing that he did not initially realize the “graveness of my action” and that he “failed to recognize that showing a heavy makeup of a black face in fact has a strong racist content.” But that didn’t stop calls for Sheng, a renowned composer and pianist who was selected as MacArthur fellow in 2001, to be removed from the class.

A group of students wrote to David Gier, dean of the music school, objecting that Sheng’s longer apology was “inflammatory” because he “chose to defend himself by listing all of the BIPOC individuals who he has helped or befriended throughout his career.” It was true that, in the course of his apology, he recounted casting African American actors in productions and pointed out that his daughter had been invited to perform with Kanye West. These examples were offered to show that, as Sheng put it, “I have never considered myself being discriminative in any way.”

Sheng also noted that, as a Chinese-born Asian American, he had faced discrimination during his nearly four decades in the United States. “I totally understand your hurtfulness and disappointment,” he wrote. “I hope my apology will make you understand me a little better.”

In the end, the dean decided Sheng would no longer teach the course this semester. (He retains his tenured professorship.) “I am making this change with Professor Sheng’s concurrence to allow for a positive learning environment in which you can focus on your growth as composers,” the dean wrote in an email to the students. Gier also wrote that Sheng’s actions “do not align with our school’s commitment to anti-racist action, diversity, equity, and inclusion.”

One of the students in the class, Sammy Sussman, posted an essay on Medium about the incident. He described the “deafening silence that permeated the classroom for the 90 minutes that we were subjected to this video.” Sussman wrote that he and other students were too afraid to speak up at the time because Sheng is a distinguished professor and composer who has had “tenure since before my classmates and I learned to read.” Another student in the class, Olivia Cook, told The Michigan Daily that she was “shocked” that Sheng “would show something like this in something that’s supposed to be a safe space.”

Some of Sheng’s colleagues also criticized him. One retweeted Sussman’s Medium essay and tagged a number of organizations with which Sheng has been affiliated, including the John D. and Catherine T. MacArthur Foundation. Another, Evan Chambers, a professor of composition, argued that showing the film without advising students that an actor would be in blackface was itself a “racist act” regardless of Sheng’s intentions. (Chambers didn’t respond to an interview request.) In The Michigan Daily story, Sheng apologized for his longer apology, saying that “in retrospect, perhaps I should have apologized for my mistake only.”

In an interview with The Chronicle over email, Sheng explained that he had shown the same version of Othello in class eight years ago and was unaware that it was considered offensive. “I did not think Olivier’s performance in 1965 was intended to be the same as minstrel performances which degraded African Americans,” he wrote. But he acknowledged that “times have changed and I made a mistake in showing the film.” Sheng said he had hoped to have an “extensive discussion” with the class before being removed.

Sheng has been criticized for failing, among other things, to provide some context for the film and to warn students that one of the actors would appear in blackface. And it’s no secret that this particular version of Othello, and Olivier’s choice to darken his skin, was controversial at the time — though he did receive an Oscar nomination for the performance. In a book published this year, Blackface (Bloomsbury Academic), Ayanna Thompson writes about the film and how it was “frequently used as a teaching aid in schools” despite its “minstrel-inflected performance.” In a statement, a spokeswoman for Michigan wrote that the university doesn’t “shy away from addressing racism or any other difficult topic” but that such discussions “must include proper context and should always be presented with care and sensitivity.”

So what should Sheng have said? Jennifer Goltz-Taylor, a lecturer at the university, is teaching a course on American musical theater this semester. Among the films students are assigned is Show Boat, a 1936 musical that includes a scene with an actress in blackface. “We start with reading and I trigger-warning any videos,” Goltz-Taylor says. “It’s important to have that kind of historical perspective because from our progressive attitude, everything looks like a mess. It doesn’t make it OK now, but you can understand where people are coming from.”

The incident has been seen, in some quarters, as an example of how a misstep by a professor can lead to outsized consequences. Sheng, who grew up in China during the Cultural Revolution, calls the last month “the most difficult one since I came to this country 40 years ago” and reiterated that he’s “terribly sorry” for showing the film. While he declined to comment directly on being accused of committing a “racist act,” it’s clear that he’s troubled by the harsher criticism from some at the university. “It feels uncomfortable that we live in an era where people can attempt to destroy the career and reputation of others with public denunciation,” Sheng wrote. “I am not too old to learn, and this mistake has taught me much.”