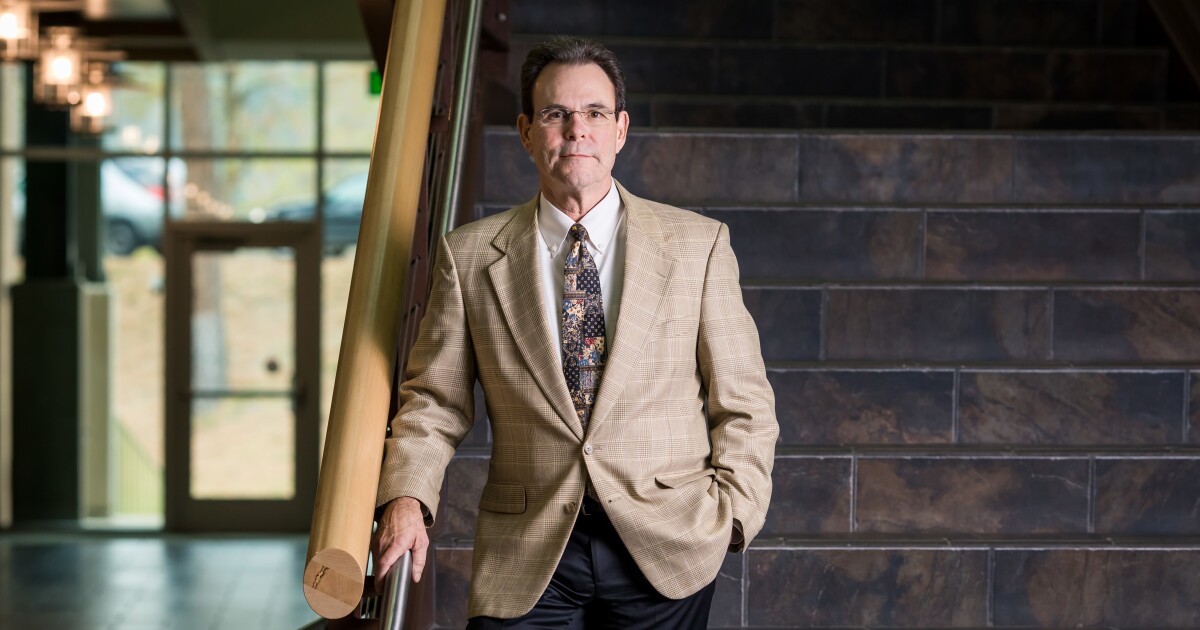 Eight months after a college president asked trustees to correct what he considered inappropriate behavior from the board chair — a chair who, according to the president, had once implied that the leader would be fired if he didn’t cooperate with the chair’s wishes — he was fired, effective end of day Thursday.

Three of the five Board of Trustees members at North Idaho College, a community college in Coeur d’Alene, voted at a public meeting on Wednesday to terminate Rick MacLennan, the president, without cause. Those trustees did not explain their decision at the meeting. MacLennan joined the college in 2016, and his contract ran until June 30, 2023. The college will pay him a year of salary — about $222,690, plus benefits. Lita Burns, vice president for instruction, was made acting president.

The trustees who voted for MacLennan’s dismissal — Michael Barnes, Todd Banducci, and Greg McKenzie — did not respond to a request for comment on Thursday.

MacLennan’s relationship with those three members, especially Banducci, the board chair, has been rocky. They’ve tussled over what decisions are within the president’s domain. Recently, the president and trustees disagreed over the college’s requirement, imposed in August, that masks be worn indoors. MacLennan deemed it necessary due to a statewide surge in Covid cases. Shortly after it was announced, the board voted 3-2 to rescind the requirement. Barnes, who was against the mandate, said at the August meeting that he opposes any government-funded entity “dictating to people what they can and cannot do with this regard.”

Rumors of MacLennan’s possible firing have circulated for weeks. He’s generally supported by the college’s employees. The president “is a champion of educational opportunity and an ambassador for entrepreneurship in North Idaho,” reads a joint resolution passed by the faculty and staff assemblies. Under his leadership, it says, the college responded to the Covid-19 pandemic “with resilience and creativity.”

That support didn’t sway the board’s majority. One trustee, Ken Howard, defended the president, though his comments were something of a eulogy.

“There’s an awful lot that I’d like to say, and I know it’s useless to say it,” Howard began, before the vote. Yet he continued. He could see no reason for MacLennan to be dismissed. His job “is to run this institution,” Howard said, “and he doesn’t have to run it so that everybody likes him. He has to run it so he’s doing a good job.”

He added: “There seems to be some kind of a political purpose involved in this attempt, or this movement, to dismiss him. I find that unsettling. I find it unsettling because NIC should not be about politics. It should be about education. And yet I find this whole process is turning into a political issue over and over and over again.

“And this president,” he said, “is a casualty of that process.”

As The Chronicle previously reported, North Idaho has been consumed by partisan turmoil.

The saga began last year, when the makeup of North Idaho’s board shifted. Some local Republicans had been frustrated over what they saw as the college’s leftward tilt. Barnes and McKenzie, newcomers who said in their campaigns that they’d bring conservative values to the board, were elected in November of 2020. With their support, Banducci, a longtime board member and fellow conservative, was made chair.

Soon, discord between Banducci and MacLennan became apparent. In January, the president privately called attention to what he deemed a pattern of “aggressive and intimidating” behavior by Banducci. In an email to the board, MacLennan said that Banducci had once told him that they’d be meeting more frequently so that the trustee could dole out his “marching orders.” During that conversation, the trustee said that he intended to change operating decisions related to the college’s Covid-19 response that he considered “unconstitutional,” according to MacLennan.

When MacLennan told him that those decisions were within the president’s domain, Banducci responded, according to MacLennan, “That’s right, the board only has one employee — I guess we can go down that road.” MacLennan understood that to mean that Banducci “would seek to terminate my employment if I did not cooperate with him.”

The president also described other incidents. One was an email from Banducci noting that a student had not said “under God” when she recited the Pledge of Allegiance at the previous year’s graduation ceremony. “I expect that this institution will work hard to see that should never happen again,” the chair told the president.

MacLennan asked the board to intervene. Christie Wood called for Banducci’s resignation. “I refuse to be complicit and allow his behavior to continue unchecked,” she wrote to fellow trustees. A motion to remove Banducci as chair failed, 3-2. McKenzie, who voted to keep Banducci in his role, criticized Wood for mounting a “public smear campaign.”

In the intervening months, the rift among trustees has only deepened. Public meetings have grown heated as board members continue to disagree about what’s appropriate action for a board, and for individual trustees, to take.

Meanwhile, in March, four local human-rights task forces filed a complaint with North Idaho’s accrediting body, the Northwest Commission on Colleges and Universities, writing that Banducci and the “new board majority” have “engaged in conduct that is counter to the civil and human rights and civil liberties” protected by law and college policies. The commission’s president told MacLennan that it would investigate allegations associated with three eligibility requirements — nondiscrimination, governing board, and academic freedom. (Wood serves in a leadership role for one of the task forces but has said she recused herself from the complaint process.)

North Idaho submitted a response, after which the commission instructed the college to submit an ad hoc report as part of its annual report due in August 2022 that focuses on the governing board eligibility requirement for “evaluation and possible follow-up monitoring.”

At the chaotic and at times confusing meeting on Wednesday, Howard chastised his fellow trustees not only for their decision to fire MacLennan but for the way they went about it. One attendee scolded Banducci, telling him he’d “ruined a great institution,” before being escorted out of the room.

It’d just been announced that Burns, who was tapped as acting president, planned to retire in January. She asked the board if she could have the next 24 hours to “talk about the terms and conditions of this appointment,” adding later that she was “really not prepared to answer questions like this this evening,” though she was willing to serve.

“I think that it was not well thought out in terms of the process,” Howard said. “… Even if we wanted to get rid of the president, we should have done it in an orderly way. I’m just absolutely, totally disgusted with this board.” (Earlier in the meeting, Banducci put the onus on Howard and Wood, saying they’d previously refused to go into executive session to have these type of discussions.)

Wood agreed with Howard, adding that she believed MacLennan’s firing was payback for his complaints about Banducci’s behavior. The president has “done nothing wrong here,” Wood said. “This is 100 percent retaliation against a really excellent president, and I do believe these board of trustees here — they have just really caused themselves a lot of liability. So we’ll see how that washes out.”

When MacLennan, who did not respond to an interview request, tried to speak while trustees were discussing the motion to terminate him, Banducci told him it was not appropriate since MacLennan is the “interested party.”

“Trustee Banducci, you have bullied me for a long time,” MacLennan responded, “and you’re doing it again.”

30 Cool Shore Excursions in the Caribbean for Young Couples