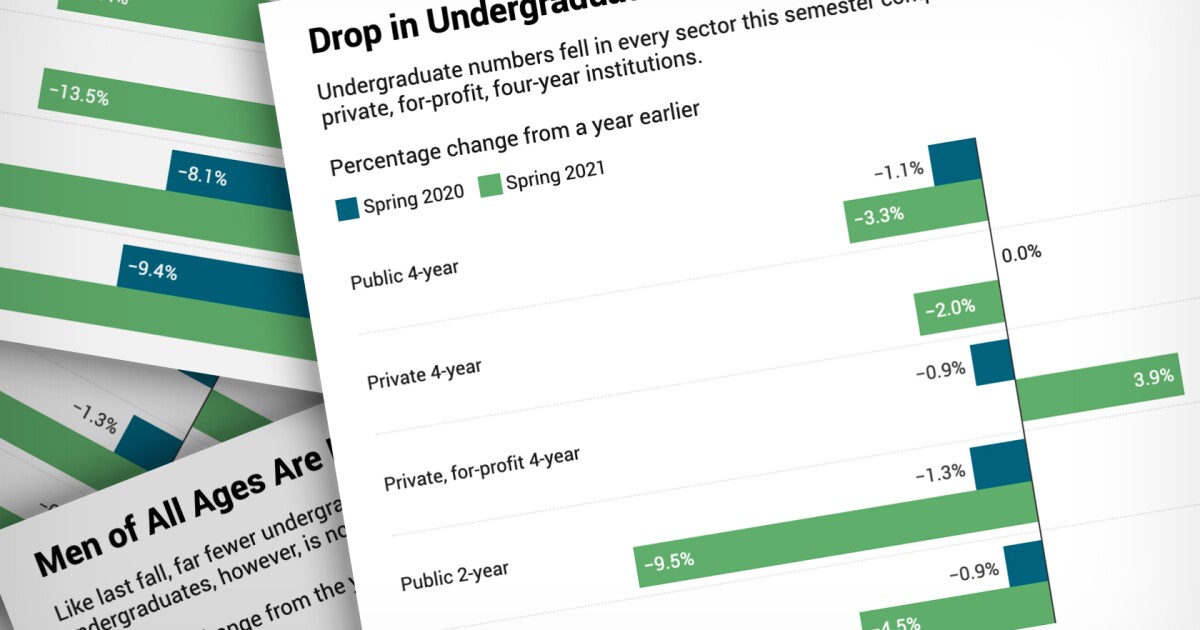 New data from the National Student Clearinghouse Research Center, released on Thursday, provides an early look at enrollment for the spring semester — and reveals a trend that is now familiar in the wake of the pandemic: Fewer students are enrolled in college.

The preliminary data, which reflects enrollments as of February 11, 2021, shows a 4.5-percent dip in undergraduate attendance this spring semester, compared with the same time last year. Overall enrollment this semester is down 2.9 percent.

The enrollment trends show that “there’s still a lot more work to do,” said Doug Shapiro, executive director of the research center, in a call with news media. “Colleges, high schools, and policy makers will need to work together to help bring learners back into higher education.”

Community colleges are still the most embattled sector of higher education, with a 9.5-percent decline in enrollment this semester, the same as last fall. Although community colleges often see an enrollment spike during recessions, that hasn’t yet come to pass. Shapiro said “it’s becoming increasingly less likely” that such a surge will happen now, as more people get vaccinated, because they may be more likely to return to work before the fall term starts.

The research center reported a bright spot in this semester’s enrollment patterns. Enrollment of graduate students, already up last fall, grew at a higher rate since then. It was up 4.3 percent this semester from the same time last year — despite a decline in international students — after seeing a 2.9 percent increase last fall.

The center’s enrollment results are based on 6.7 million students at 629 colleges, nearly 43 percent of the institutions that report to the organization. The data will be updated monthly throughout the semester as more colleges report their enrollments.

Here’s a closer look at some of the report’s key takeaways: