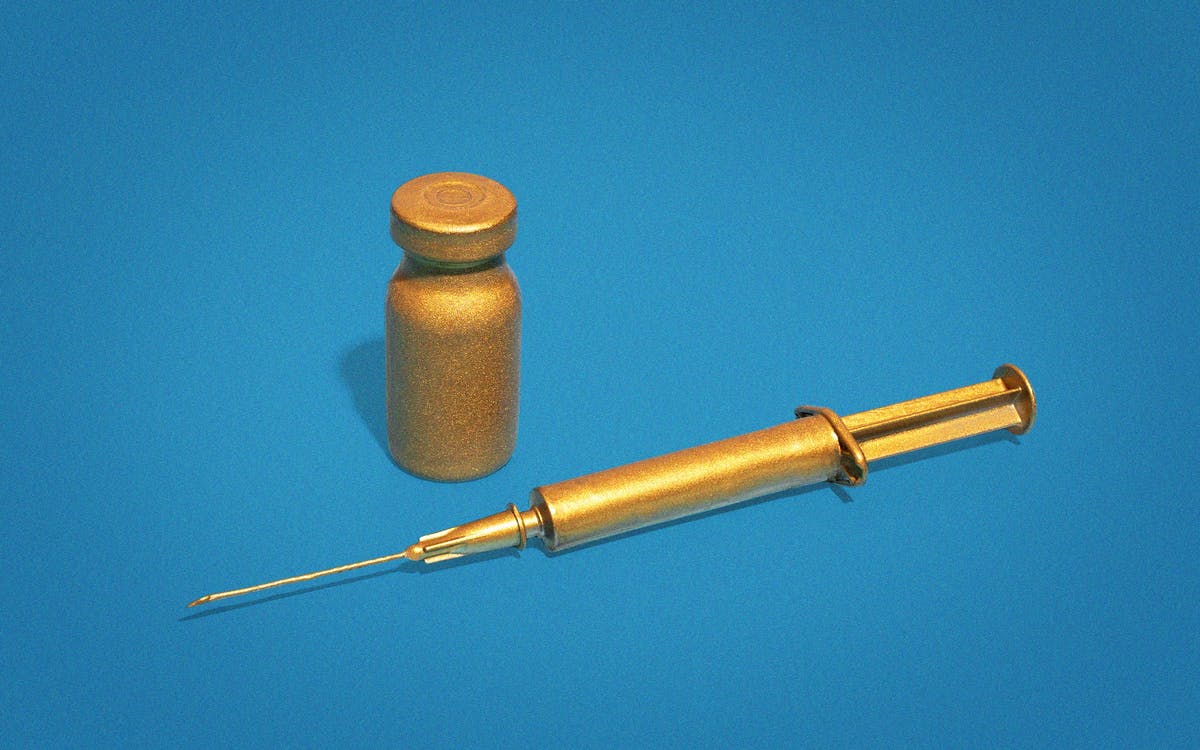 Tracy Frey has deteriorating circulation in her legs, and her kidneys are on the brink of failure. But the 54-year-old high school librarian from McAllen remains optimistic. That’s because she was among the first given tirzepatide, a newly approved diabetes medication that in clinical trials showed tantalizing results. Sold under the brand name Mounjaro, the drug did more than just improve blood sugar levels—patients also lost an average of between 35 and 52 pounds, depending on the dosage they received. The potential benefit of weight loss is particularly exciting to Frey, who has lost 110 pounds since having gastric sleeve surgery in 2015 but still weighs about 370 pounds.

Mounjaro, which debuted nationwide this month, holds special promise in the Rio Grande Valley, where Frey lives. Roughly 27 percent of the 1.4 million residents of the Valley have diabetes—compared to around 12.6 percent statewide and 11.3 percent nationwide. And local physicians say there are many more Valley residents who likely are diabetic but are undiagnosed. At the same time, at least 37 percent and, according to one estimate, as many as 51 percent of all adults living in the Valley are estimated to be obese, compared to roughly 36 percent of Texans and 42 percent of Americans.

Mounjaro outperformed other diabetes medications in clinical trials, yet its promise comes with a high price tag. That could leave it painfully out of reach for many in the Valley. In a state where more than 18 percent of the population is uninsured—double the national average—the Valley stands out, with up to half its residents uninsured and with limited access to health care, much less high-priced medications. “People here are poor,” said Joseph McCormick, physician and professor of epidemiology at the UTHealth School of Public Health in Brownsville. “They just don’t have access to these drugs.”

Mounjaro’s retail price is $974.33 for a four-week prescription, compared to roughly $20 per month for Metformin, among the most commonly prescribed generic drugs for Type 2 diabetes. Some patients may qualify for a considerable discount off that price, but others will have to contend with it as an out-of-pocket expense, because it typically takes some time before health insurers and government health assistance incorporate a new drug into their coverage plans.

Frey fretted over Mounjaro’s cost when it was first prescribed by her doctor. “I have insurance,” she said, “and my husband has good insurance. But nowadays everything is just so expensive.” Fortunately for her, she qualified for a $25 monthly savings card offered by Eli Lilly,  the company that created the drug. She received her first weekly Mounjaro injection on June 13. Frey’s husband, Ambrosio Maldonado, 55, who also has Type 2 diabetes and weighs almost four hundred pounds, hopes his doctor will soon prescribe Mounjaro for him. “I’m determined to get better,” Tracy Frey said. “And this medication is going to help.”

Mounjaro is unique in that it combines two different gut hormones to lower blood sugar. It is offered to Type 2 diabetics who are often middle-aged or older and have an impaired ability to regulate and use sugar from food. Some of the most effective traditional diabetes medicines mimic a gut hormone called GLP-1, for “glucagonlike peptide-1.” GLP-1 stimulates insulin production, helping to regulate blood sugar levels. Mounjaro also activates GLP-1, but it does so in tandem with activating another gut hormone called GIP, for “glucose-dependent insulinotropic polypeptide.” GIP stimulates insulin production.

Leonard Glass, vice president of medical affairs at Eli Lilly, said clinical studies for Mounjaro showed “unprecedented” results in reducing hemoglobin A1C, a measurement of the average sugar circulating in the blood. “We know that obesity is a major underlying condition of Type 2 diabetes,” Glass said. “We saw unprecedented results with regard to weight loss.”

Like its predecessors, Mounjaro lowers blood sugar and glucagon, a hormone that raises blood sugar. It also stimulates insulin and slows down stomach emptying, which puts the brakes on overeating. But the combination of GLP-1 and GIP has surpassed expectations and raised the potential of Mounjaro’s use as a weight-loss drug. Earlier this month, Eli Lilly published the results of a clinical trial that tested Mounjaro as a possible treatment for obesity. The findings, published in the New England Journal of Medicine, have garnered more attention from the media than did the rollout of the drug for diabetes. “It’s really a double win,” said Dr. Thomas Blevins, an endocrinologist at Texas Diabetes and Endocrinologist, in Austin, and one of the doctors who oversaw some of the clinical trials. “I used to call GLP-1 the renaissance hormone. Mounjaro is the new renaissance drug.”

But bringing a renaissance to the Rio Grande Valley won’t be easy. Because there are so many people with diabetes in the Valley, and because many of them are unable to afford care, diabetes patients there have often had to access medications through an assistance program at area clinics that serve low-income and uninsured families. It’s unclear for the moment whether those programs will be able to bring down the cost of Mounjaro.

Even if such programs can help, Mounjaro may not be a cure-all for the poor state of health in the Valley. McCormick, who has for two decades overseen clinical research and published dozens of papers on the Valley’s health woes, said that, partly due to costs, many in the region with Type 2 diabetes, including a troubling number of children, are on insufficient medication, if they are on anything at all. “Nearly half of those who knew they had diabetes were on inadequate medication,” McCormick said. “That’s how bad it is.”

One program aimed at making things better is offered by the UTHealth School of Public Health in Brownsville. It has enlisted community health workers to enroll the uninsured in diabetes and prediabetes treatment programs centered on diet, physical activity, and lifestyle changes. One of these programs is Salud y Vida, or Health and Life, a program that targets people with uncontrolled diabetes and helps them manage their condition, along with other comorbidities, including hypertension, depression, and anxiety.

One of its participants, Martin Rocha, a 59-year-old auto mechanic, said he was diagnosed with Type 2 diabetes in his early thirties. But because he lacked health insurance, he went without medication until his health began deteriorating. A few years ago, Rocha turned to the Hope Family Health Center, a clinic for low-income and uninsured residents in McAllen. The clinic offers medications to its patients that it secures through a national nonprofit. “If it wasn’t for the clinic and Salud y Vida,” Rocha said, “I would have been buried months ago.” Even with the care he now receives, Rocha has experienced vision loss, has lost a pair of toes to amputation, and still struggles to meet his basic needs.

Mounjaro could offer a new treatment for patients like Rocha—but only if those patients can find a way to pay for it. “These new drugs,” McCormick said, “are massively expensive, and most of our folks just can’t afford them.”