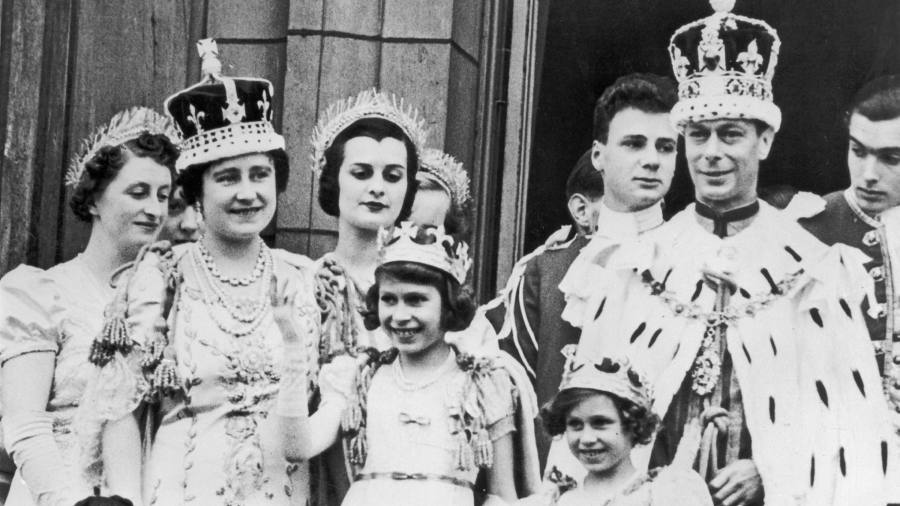 At Sandringham in 1937, as assistant private secretary to King George VI, I must have seen Princess Elizabeth constantly, but my only recollection is of a very friendly girl, calling me quite naturally by my Christian name, and keenly interested in the shooting and the outdoor life generally.

During the war years she and her sister Margaret were housed in Windsor Castle. I was constantly there; the presence of the two princesses was always a relief in what otherwise might have been a sombre meal, and I always tried to sit next to one or other of them. By that time Princess Elizabeth had become almost painfully shy, blushing if spoken to suddenly, and lacking all the superficial social gifts with which Margaret was endowed.

It was not until the King’s visit to South Africa, from February to April 1947, that I got to know Princess Elizabeth at all well. On the voyage aboard HMS Vanguard and throughout the tour, I was continuously in her company. It has always been my belief that in those weeks she grew from girlhood to womanhood. The change was very marked. She lost her crippling shyness and was soon able to take on any of the South African notabilities, from [Jan] Smuts downwards, who might be sitting next to her at meals. Her whole attitude to life seemed to broaden and deepen.

I have in my mind three snapshots of her at that time. The first, when we were climbing the hill at Matopos, the going was very rough, and Queen Elizabeth found her own shoes unsuitable. The Princess took off her own shoes and insisted on her mother wearing them, while she herself went on in her stockinged feet.

The second was at various functions at which the Queen, despite repeated reminders, refused to leave and insisted on keeping the King and everybody else hanging about while she talked to all and sundry. Princess Elizabeth would get behind her mother and poke on her Achilles tendon with the point of her parasol. This manoeuvre was always successful, to the great relief of all of us.

The third snapshot is in connection with her coming-of-age broadcast, the preparation of which was my job. I got Dermot Morrah, the Times correspondent attached to our party, to prepare a draft — and a very good one it was. But I gave it to the princess with some anxiety. The following day we met in the corridor of the royal train as we were mustering for luncheon.

At the time of the King’s death, in February 1952, she was in Kenya. She returned as Queen, and from the moment she stepped out of the aeroplane which brought her home she assumed the responsibilities of her new position with a calm dignity that filled us all with admiration. In all my life I can recall no more moving incident than her entry into the crowded Throne Room at St James’s Palace for the Accession Privy Council. There were, I suppose, over 100 of us Privy Counsellors assembled; there was not one who was not stirred to the point of tears by that slim figure in black moving quietly to the throne, and by the sound of her unfaltering musical voice as she read the message to us.

Later that day she asked me to serve as her private secretary. This I promised to do, only stipulating that, after her coronation, I should be allowed to retire.

For the next 22 months I saw her regularly, almost daily. Her immediate grasp of the routine business of kingship was remarkable; she never seemed to need an explanation on any point. Time after time I would submit to her papers on which several decisions were possible. She would look out of the window for half a minute and then say, “The second [or third] suggestion is the right answer” — and she was invariably right. She had an intuitive grasp of the problems of government, and indeed of life generally, that I suppose had descended to her from Queen Victoria. Yet she never lost sight of the human side, or the lighter side of work. To serve her was, in fact, great fun. 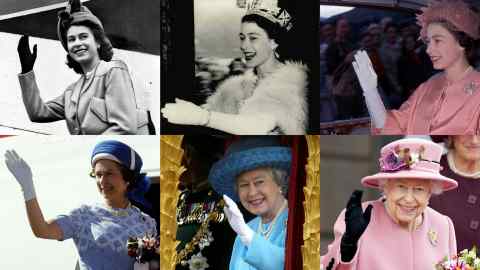 Every Tuesday evening at six o’clock, Winston Churchill, her prime minister, would have an audience. She would receive him in the ’44 Room at Buckingham Palace, while I, having shown him in, sat outside. What they talked about, I had no idea, but I usually heard peals of laughter coming through the door. Winston was heavily in love with her, and generally came out with tears running down his cheeks. On one occasion he said to me in his schoolboy French: “She is en grande beauté ce soir.” Then he and I would sit together drinking our whisky-and-sodas — he with his cigar — and he would tell me any matter he had raised with her which he thought I should know.

Her relations with other ministers were always easy. I never saw any sign of her having found an audience, ministerial or otherwise, a trouble. To her secretarial staff, she was an ideal chief. Her father habitually suffered from violent storms of temper — a trait that was probably hereditary. I never knew the Queen to be even mildly cross or — outwardly at any rate — ruffled by any contretemps or piece of bad news. Her serenity was constant, her wisdom faultless. On the whole, I consider her the most remarkable woman I have ever met.