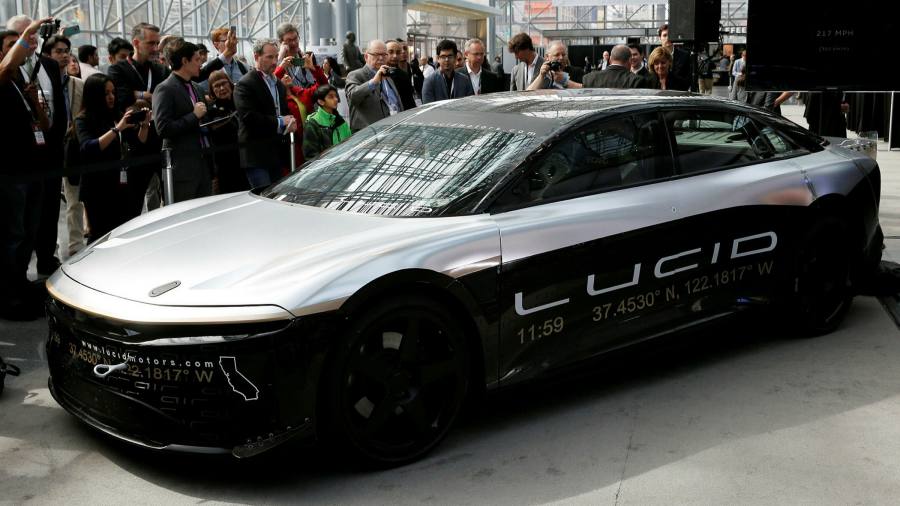 This week, for a brief moment, tech stocks dipped and a generation of entrepreneurs was offered a glimpse of its own mortality.

The brief drop accompanied a wider market wobble. At the very least, it was a reminder that a reset is long overdue after a year-long surge in tech stocks. Even the slide at Tesla, which has suffered around an 18 per cent fall from its peak a month ago, is not big enough yet for the stock to have reached what is considered bear market territory.

More than just a sign that the market needs to let off steam, however, the tremor was a reminder that capital will not always be as readily — and cheaply — available.

When cash is plentiful, the close alignment between Wall Street and Silicon Valley can feel almost unbreakable. Tech start-ups promising to change the world supply the big vision for investors eager to find a reason to believe. Conditions like this favour so-called “story stocks” — ventures that can spin a simple narrative about a huge new market opportunity.

A classic of the genre is the electrification of personal transport. This week’s additions to the dream of a world beyond combustion engines include the $4.6bn flowing into luxury electric car maker Lucid Motors and the $1.6bn raised by would-be air taxi service Joby Aviation.

Despite the obvious risks when a wave of capital washes into tech start-ups, there are some benefits. It can, for instance, help to drag new technologies into the mainstream: the tech and telecoms bubble at the turn of the century may have led to huge financial waste, but it funded the communications networks and digital infrastructure to support the next generation of internet companies.

It also means promising technologies are no longer at risk of being underfunded — though simply pouring in cash won’t bring them to commercial viability any quicker. It has taken many years for battery technology to ride the cost curve. The fact that billions of dollars are suddenly available cannot speed that process. Yet Wall Street’s financial vehicle du jour for channelling money into tech start-ups — so-called special purpose acquisition companies that raise cash and then seek a promising company to merge with — come with two very big warning signs.

The first is that, in this new form of stock market-financed venture capital, windfall profits can flow to promoters and speculators long before the new businesses prove their commercial viability. Traditional venture capitalists usually don’t see profits, or get the chance to sell, for years.

The different incentives embedded in Wall Street’s version of VC is exemplified by the Lucid deal. On paper, the Spac involved has already made an 87 per cent profit from its investment, just for doing a deal. And its promoters, who paid a grand total of $25,000 for their “founder shares”, are sitting on a stake the market values at $1.5bn.

The Spac has also provided a vehicle for wild speculation. Its publicly traded shares had already shot up more than fivefold in anticipation of a deal, before falling back by nearly half.

There are some mechanisms to encourage a longer term view, such as placing limits on how soon a Spac’s promoters or follow-on investors can cash out. But the 18 months lock-up on the Lucid Spac’s founders is nothing compared with the many years traditional VCs often have to wait to see a return.

The second concern is that the current close alignment between investors and entrepreneurs is highly unlikely to last. Financial conditions will change. Even with perfect execution over many years of the promises made by start-ups, it will be hard for the new companies to support their current valuations.

Unlike companies that arrive on Wall Street through a traditional initial public offering, Spacs make revenue promises upfront. Joby says it will not have any sales at all until 2024, but then reach $2bn in revenue five years from now. Lucid, which has not launched its first vehicle, is predicting that annual revenue will rise above $20bn within five years — a figure that Tesla only topped in 2019.

These promises are supporting heady valuations. Lucid is judged, on paper, to be worth $24bn. Tesla only reached that after it had been making and selling cars for five years, and a year after its groundbreaking Model S had hit the road.

It may be the case that the world is on the way to more electrification, with luxury cars like those made by Lucid, and air taxis like those operated by Joby, an important part of a clean energy future. But when times change on Wall Street, many investors may no longer have the patience to go along for the ride.