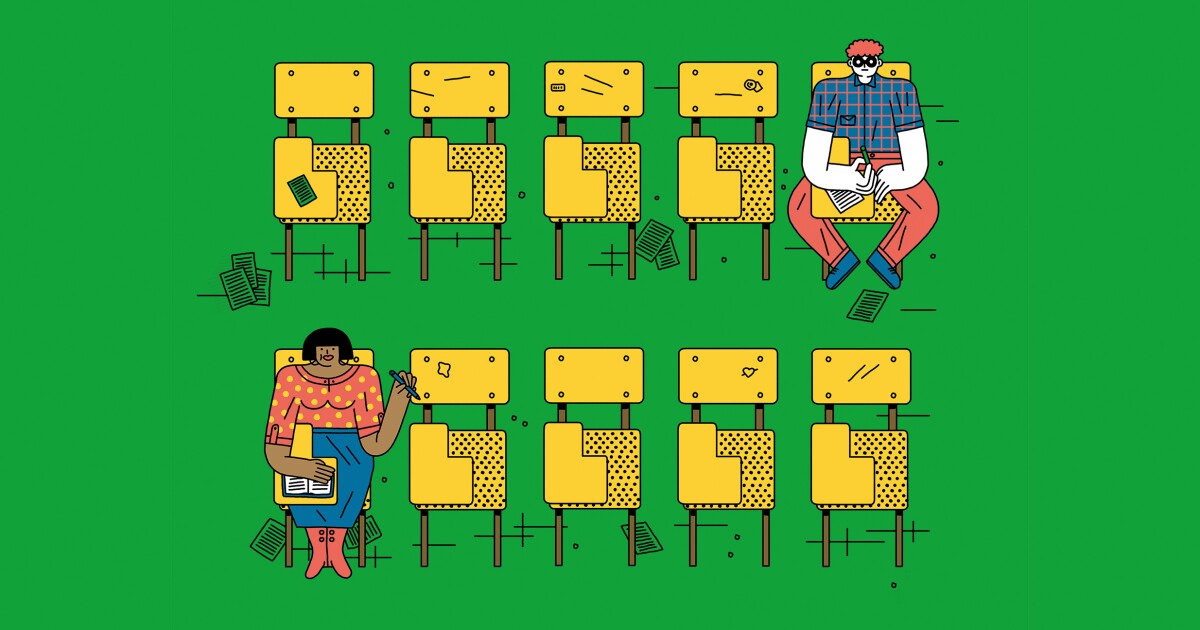 Already bracing for an enrollment crash expected to hit in 2025, higher education got more bad news this week: The U.S. birth rate fell 4 percent in 2020, marking the lowest number of births since 1979 and the sixth consecutive year of declining birth rates, according to a report released this week by the National Center for Health Statistics.

Once that “demographic cliff” hits, the new data show, it won’t let up for more than a decade; babies born in 2020 won’t reach traditional college-going age until 2038. So enrollment managers who have already spent years stressing about declining birth rates and high-school graduation rates — some of the effects of which are already visible — should brace for the long haul, said Nanci Tessier, senior vice president at the Art & Science Group, a higher-education consulting firm.

“What’s clear is that the years ahead are not going to be any easier,” said Tessier, who has worked as a chief enrollment officer at three institutions. “It’s just going to be more and more challenging for colleges and universities to be able to fill their seats.”

Birth rates could drop even further when 2021 data are tabulated, factoring in babies conceived during the pandemic, said Nathan D. Grawe, a professor of economics at Carleton College whose 2018 book Demographics and the Demand for Higher Education awoke many colleges to the coming enrollment threat. (Since Covid-19 didn’t affect day-to-day life in the United States until March 2020, most data from that year don’t account for the pandemic.) “In some sense, we came by this number honestly,” Grawe said. “You can’t simply dismiss it as, Well, perhaps this is a transient effect of of the pandemic,” Grawe said.

Grawe points to a June 2020 projection by Melissa S. Kearney, a nonresident senior fellow at the Brookings Institution, and Phillip B. Levine, a professor of economics at Wellesley College, of 300,000 to 500,000 fewer U.S. births in 2021 because of the pandemic and corresponding economic recession. (Kearney and Levine later wrote that the lower end of their range was more likely to be the case.) “If they’re right,” Grawe said, “we’re going to look back on this report next year and we’re going to say, Boy, that was a good time.”

So any college official crossing her fingers that the 2025 enrollment bust is a blip on the radar should think again. “We can’t be looking at this as something where we just need a temporary fix,” Grawe said. “We need to be thinking about fundamentally and foundationally transforming who we reach through access, but also how well we support student success so that we retain the students that we do recruit.”

“That’s kind of a page we can steal out of that playbook moving forward,” said Rinehart, who is also vice chancellor for enrollment at the University of Denver. This time around, raising college-going rates for low- and middle-income students, and students of color — especially Latina/o and Black students — will be crucial to maintaining enrollment numbers, he said.

Minority- and Hispanic-serving institutions can offer a template for doing so, said Jennielle Strother, vice president for student development and enrollment management at Concordia University Texas. As they work to improve college access, leaders of predominantly white institutions should start conversations with their peers at MSIs, HSIs, and historically Black institutions, and “start listening before they start doing,” Strother said. She has seen that happening particularly in the past year, as the pandemic and racial injustice have prompted more discussions about equity and access.

Whether minority-serving institutions will — or should — bear the brunt of the responsibility for helping bridge the enrollment gap is an open question, Strother said. “Are they going to be able to pull that weight? I think they would love to,” she said of MSIs. “They do this work well, but they need help, and they need support, and they need funding.”

State and federal governments can play important roles in helping ameliorate the effects of a baby bust on higher education, in part by giving more money to MSIs, which are chronically underfunded, Strother said. Doubling the dollar amount of Pell Grants and offering free tuition at community colleges, two policies the Biden administration is promoting, could help lift college-going rates among low-income students and students of color and level out the demographic declines, Rinehart added. (According to the data from the National Center for Health Statistics, birth rates dropped in 2020 for women of every race and ethnicity.)

So that 4-percent drop, which is easy to read as a symbol of doom and gloom, might not be as devastating as it seems, Rinehart said. “Most of us really see this as an opportunity, that this is our time to really change who goes to college in the United States.”

Still, with a smaller pool of college-age students, Tessier said, competition for them will only stiffen. Wealthy, selective colleges won’t see a drop in demand, she said, leaving questions about how smaller, regional institutions will fare, and whether they’ll be able to stake out a position in the market that sets them apart from their peers.

That means colleges should shift their focus away from “tactical” measures to increase short-term enrollment and onto a more holistic view of the educational experience they offer. “If you’re not looking hard at what it is that you’re offering students, and you think you can market your way out of this, you just can’t,” Tessier said.