A Georgia Lawmaker Asked How Colleges Teach ‘Privilege’ and ‘Oppression.’ Here’s How They Responded. 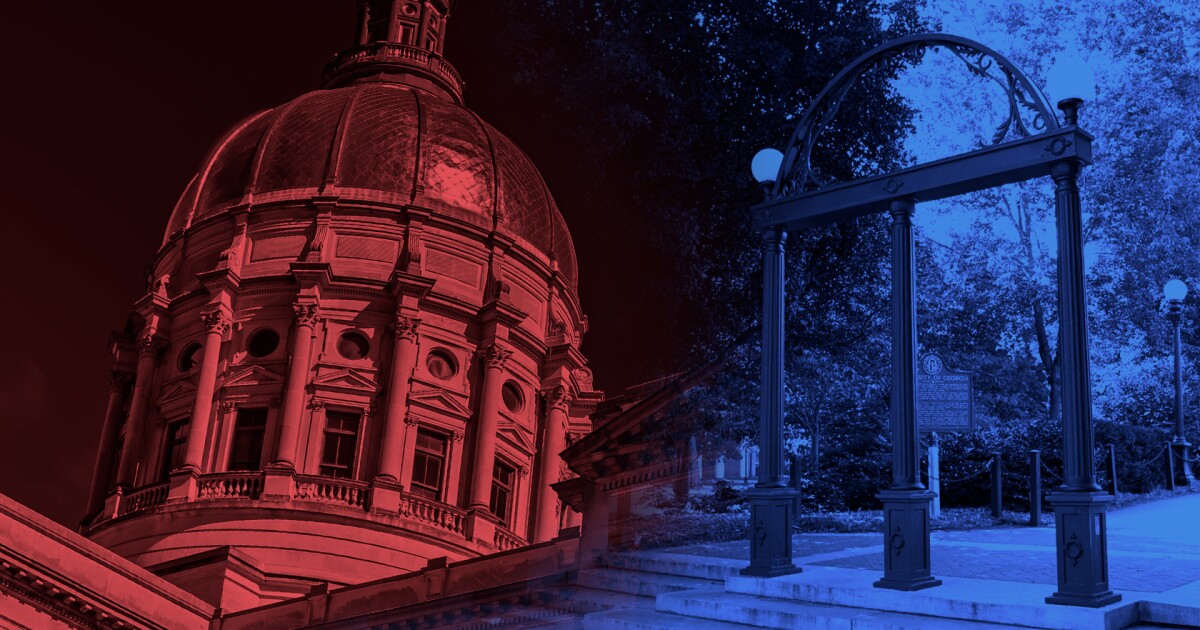 When a state lawmaker asked the University System of Georgia about how it teaches “oppression” and “privilege,” it set off searches through course catalogues and syllabi, conversations with deans, department chairs, and faculty members — and a 102-page response.

In January, Georgia Rep. Emory Dunahoo, Republican of Gillsville, asked campuses if any classes fell into three categories: Do they teach students that “possessing certain characteristics inherently designates them as either being ‘privileged’ or ‘oppressed’?” Do any classes instruct on “what constitutes ‘privilege’ and ‘oppression’?” Are there classes that characterize white, male, heterosexual, or Christian students as “intrinsically privileged and oppressive, which is defined as ‘malicious or unjust’ and ‘wrong’?”

In their responses, few campus leaders gave much context or explained how such instruction might meet colleges’ missions. Instead, they cited accreditation requirements, denied teaching about “privilege,” or, in one case, promised that discussions of these topics were conducted “in an objective, non-biased manner.” But it was clear that the searches — which resulted in more than 900 listed classes across 26 institutions — required immense effort.

The Georgia system’s wide-reaching response to one lawmaker’s request shows the heavy lift that results when politicians probe how social issues are taught in classrooms, and how college leaders try to thread the needle in their communications with policy makers. It also raises questions about the possible chilling of free inquiry.

Conflicts between state lawmakers and colleges on these issues have popped up like pimples over decades, said Anita Levy, senior program officer in the American Association of University Professors’s academic-freedom, tenure, and governance division. Now, she said, “we’re in for a bad case of acne.”

With Democrats in control of the federal government, and Republicans controlling many state legislatures, she said, “we’ll see many more of these types of eruptions.”

Dunahoo told The Chronicle he was unavailable for an interview due to meetings and legislative commitments, but he told the Gainesville Times that any plans for legislative action would come after he fully digested the response. “I’m not in the interest of picking a fight with anyone, and this request is done in the interest of my constituents,” he told the outlet, adding that his issue was with professors preventing students’ varied opinions, not with teaching about white privilege itself.

A Range of Responses

The Chronicle independently obtained and reviewed the 900-plus classes listed as part of the Georgia system’s response, which was earlier reported by the Atlanta-Journal Constitution. Over all, colleges took a wide variety of approaches — some responded curtly, denying any such classes; others took a deep dive. The humanities were a clear focus. About 150 courses were in history, the most common discipline listed, and there were about 50 English classes. Other classes in education and nursing, campuses explained, were required for accreditation. (The Chronicle’s review did not include classes that colleges deemed “unrelated” or merely tangentially connected to the questions at hand.)

For some colleges, responding to this request required more than just paging through the course catalogue. Before listing 18 relevant classes, David C. Bridges, president of Abraham Baldwin Agricultural College, wrote a four-page letter to Dunahoo. Colleges can’t shut down “indoctrination,” he wrote, for several reasons. First, it happens at unpredictable times, like a mathematics professor talking to a student, casually, about religion, gender, or race. And second, doing so could compromise the educational process.

“The line between genuine debate in support of education and indoctrination is often not so bright or easily observed,” he wrote. “From time to time, unsavory things happen in higher education, but they are typically not intended nor are they part of institutional strategy … We take the bad with the good. At times, your and our constituency (which really are the same) may think that we take too much bad.”

Augusta University’s registrar made a spreadsheet of the course numbers, names, and descriptions for the current academic year, which resulted in more than 3,400 lines of data entry. Two courses had either “oppression” or “privilege” in their description — one a social-work class, on human behavior in the social environment, and one about diversity in education. A search of more than 100,000 syllabi at Valdosta State University turned out to be a blunt instrument. The university searched for the words “power,” “oppress,” “privilege,” “malicious,” and “unjust.” The keyword “power” was found nearly 13,000 times. “The overwhelming majority of matches were referencing PowerPoint,” the letter read.

Other campuses went above and beyond the request. Georgia Southern University probed its current course descriptions for the keywords “privilege” and “oppression,” bringing one result — an information-technology class on data-center privileges.

So the campus, “in an effort to more comprehensively and thoughtfully respond to the request,” searched for other keywords — “cultural,” “discrimination,” “diversity,” “gender,” “power,” “race,” “religion,” and “social justice.” That brought more than 200 classes, with courses in biology, nursing, history, and anthropology most represented. Included in the biology classes were courses on the diversity of plants, microbes, and viruses.

In its response, Georgia Southern wrote that the mission of the university includes preparing students to work with people of diverse backgrounds, cultures, and beliefs. “These skills are vital to job readiness in a rapidly changing world.” Some accreditors require content on diversity, and Georgia Southern students take a first-year experience course that includes instruction on the subject, the letter read.

Columbus State University listed several hundred classes in response to Dunahoo’s second question, about whether classes teach what constitutes “privilege” and “oppression.” Brian Schwartz, a biology professor and the president of the campus’s AAUP chapter, said the request was the first time in his teaching career he had to answer questions from the legislature about the content he teaches.

Unlike at some campuses, where officials looked through centralized databases, Schwartz said he was called into a meeting to determine which of his courses qualified. Attendees were asked if any of their courses teach these issues. If a professor said yes, he or she would be asked to list the classes, he recalled.

Schwartz said no. Several days later, however, he said he was called back for another meeting. This time, professors were asked if they planned to teach these materials in the future. Schwartz, who said he plans to teach students about underrepresentation of women and people of color in his discipline, said yes. He planned to connect this historical underrepresentation to current efforts by academic groups to improve diversity.

The source of the questions, their content, and their tone — it all contributed to a sense, to Schwartz, that Dunahoo was seeking professors’ wrongdoing. It felt “threatening,” he said.

And it took a lot of time. “Certain positions were pretty consumed by this for the whole week. This was one member of the legislature who was asking these questions … I kind of marveled at the extent of work that he created.”

Columbus State did not respond to The Chronicle’s question on why administrators used this method to gather information.

This effort comes as colleges are responding to Covid-19 — keeping the virus contained, grappling with tight budgets, and managing virtual operations.

Kevin McClure, an associate professor of higher education at the University of North Carolina at Wilmington, said that diverting resources to responding to such a request — an attempt to score political points — doesn’t serve students well.

“It means that there are a lot of folks working at colleges and universities whose time is going to be wasted in the process.”

Politically motivated intervention, he said, will continue. Higher-education experts have observed an uptick in politicians’ interest in and management of publicly appointed boards, and they expect such inquiries to continue. In Georgia, the 19 members of the system’s board are politically appointed and confirmed by the state’s leadership, long dominated by Republicans.

Levy, of the AAUP, told The Chronicle that a lawmaker’s mere asking of these questions does not violate academic freedom. But the inquiry could create a chilling effect “if a faculty member knows the legislature might be looking over their shoulder.” That would be especially the case for contingent professors, she said.

Anxiety about public comments is already ingrained among many faculty members, said Matthew Boedy, the president of the Georgia conference of the AAUP and an associate professor of rhetoric and composition at the University of North Georgia. He said he worried initially that professors’ names would be attached to courses, fearing those people would be targeted. He said he takes Dunahoo at his word when he says he made the inquiry after constituents’ questions.

The question becomes what happens next, Boedy said. Who will be satisfied by the response? “There is plenty of information for him and his allies to make hay out of,” he said. “This information also shows that the fears from constituents are unfounded.”

What Sustainability means for the Future of your Hotel