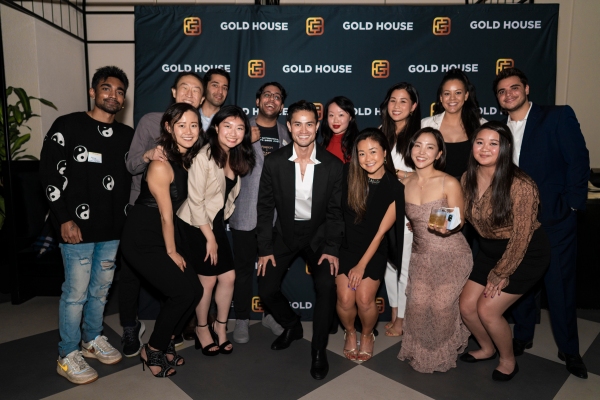 Four years ago, a nonprofit collective called Gold House was formed to advance the interests — and safety — of people of Asian and Pacific Islander descent in the U.S. Given the country’s long history of anti-Asian racism, it was overdue, argues Bing Chen, a former Google product manager turned YouTube exec turned founder and investor who cofounded the organization.

He says the operation had two missions to start. First, it aimed to tackle misconceptions in the media, where Asian women have long been “overly sexualized and Asian men are overly emasculated, which can result in really deleterious treatment,” including, in some cases, anti-Asian hate crimes, which spiked during the pandemic. Toward that end, says Chen, Gold House now “culturally consults on the accuracy of scenes, products, and characters [associated with] basically every major Asian film and creative project.” (Related consulting fees are largely how the organization supports itself.)

Another, oft-overlooked issue Gold House immediately looked to tackle ties to the so-called bamboo ceiling, meaning the difficulty Asian Americans in the corporate world face in breaking through to upper management. While 33% of the tech industry is Asian, for example, Chen notes that only “single digits are in the C-suite,” a lopsidedness that he largely attributes to misperceptions about the success of Asian families. “People think we’re overly affluent, we overspend, we’re all smart or go to good Ivy League schools,” he said. The reality is that Asian-Pacific Islanders (APIs) “have the widest income disparity of any community. To pick on the city where I live right now,  New York City, 50% of Asian people under the age of 18 live in abject poverty.”

To try and address that imbalance, Gold House has since its outset cultivated an invite-only API founder network and built for them a kind of accelerator program called Gold Rush, wherein founders received advice and mentorship without any dollars or equity exchanged.

Now, to more actively empower founders who can’t access the corner office to create their own, Gold House has closed a debut, $30 million venture fund  — money for which is coming from dozens of heavy hitters, including DoorDash CEO Tony Xu, Olympian Nathan Chen, TV host Padma Lakshmi, and a slew of venture firms (Accel, GGV Capital, Lightspeed Venture Partners and Tribe Capital, among them).

Gold House describes the work as “market-first social impact,” and Chen says 100% of Gold House’s management fee and profits will flow back to Gold House, the nonprofit. Still, this is very much a capitalistic enterprise, with limited partners expecting a return on their investment and a serious investment team at the helm, including Eric Feng, a former Kleiner Perkins investor who is currently also working on a new startup; Chen, who has been advising and investing in startups for years; and Megan Ruan, who logged time at Morgan Stanley and worked more recently as an analyst in the private investment office of former ambassador Robert Wood Johnson IV.

Already, the team has put to work 20% of the capital it has raised into 32 startups, investing anywhere from $50,000 to $250,000 in each deal. One check went to Clipboard Health, an app-based marketplace that matches nurses with open shifts at nearby healthcare facilities and disclosed yesterday that it raised $80 million over two unannounced rounds beginning last year. Gold House has also backed the Asian grocery delivery service Umami Cart, which announced $6 million in funding in December.

Gold House further intends to funnel roughly a quarter of its new fund into Gold Rush, its accelerator program, which has begun to formally invest $100,000 for 5% of a startup team’s equity.

The terms are steep for a fairly new accelerator. However, founding teams who agree to its terms presumably receive access to a very broad community of top professionals across a wide spectrum of industries. (Others of the fund’s backers include the founders of Zuora, YouTube, and Twitch; C-suite execs from Sephora and OpenSea; and entertainers like SNL’s Bowen Yang.)

In fact, one of the biggest investors in Gold House’s new venture fund, says Feng, is the world’s largest cryptocurrency exchange, Binance, which could reportedly be worth up to $300 billion were it a public company. Feng says Gold House has a “very strategic relationship ” with the outfit and its founder, Changpeng Zhao, commonly known as “CZ,” and suggests that Binance could prove very open to working with founders who Gold House identifies as promising, either through a straight investment or as members of its accelerator program.

“If we were offered an allocation in a company that was incredibly large and outside our comfort zone, Binance would be the first call we’d make to see if there is co-investment interest,” says Feng. “We’re looking at a lot of things that are strategic to [Binance], from finance to media and obviously anything web3 related, so if our allocation is [more than we can fund], it would make sense to loop them in to [potentially] take up the rest for both financial and strategic reasons.”

Pictured above: Gold House hosts an evening to celebrate founders in its Gold Rush accelerator program.

The choice between rebooting and reviving old software • TechCrunch