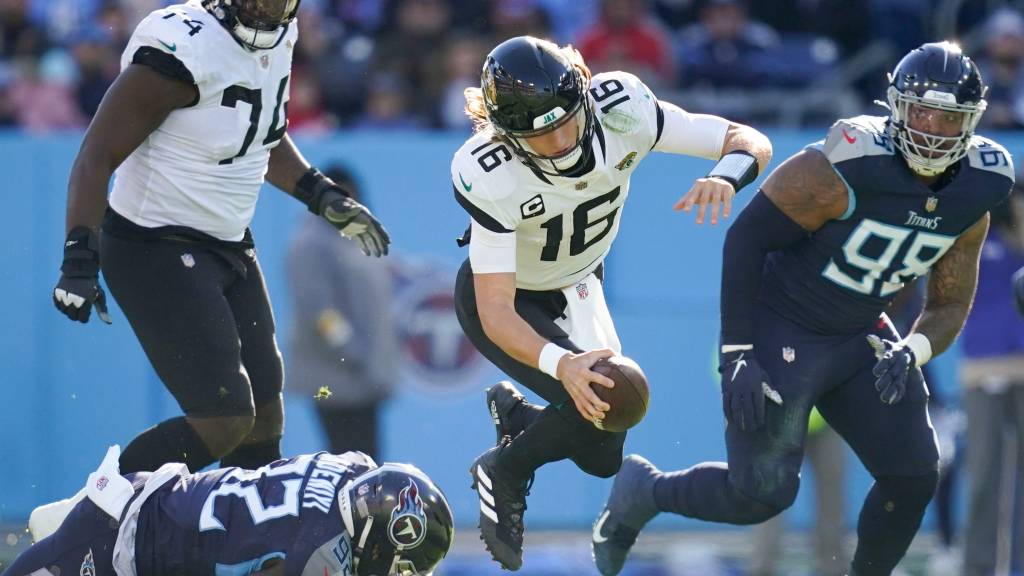 The Tennessee Titans (7-5) will host the Jacksonville Jaguars (4-8) at Nissan Stadium in Nashville in Week 14 in what will be the first of two meetings between these squads over the final five weeks of the 2022 campaign.

The first-place Titans come into this game with no shortage of intrigue. Not only have they lost their last two games, including an ugly blowout loss to A.J. Brown and the Philadelphia Eagles, they also shockingly fired their general manager, Jon Robinson.

Meanwhile, the Jaguars are in the midst of their fifth-straight losing season and are coming off a 40-14 drubbing at the hands of the Detroit Lions. Even with all of their struggles, the Jaguars are still mathematically in the running for the division, and even a playoff spot.

With the 56th meeting between these two franchises just days away, here’s a look at seven things to know about the upcoming contest between the Titans and Jaguars.