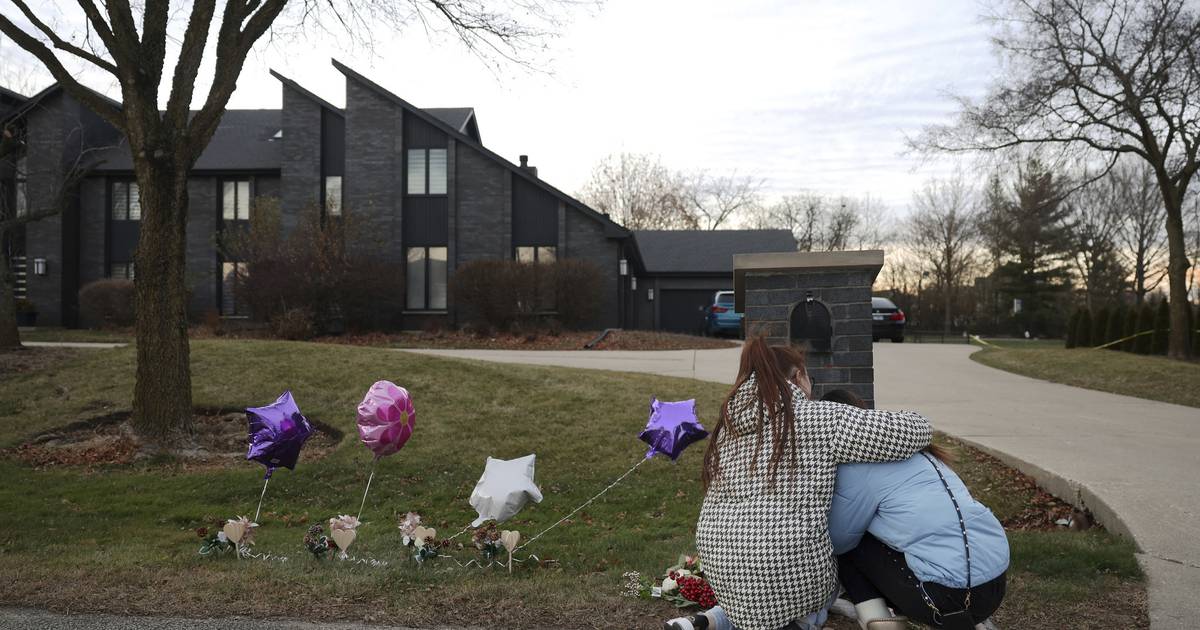 Lake County Coroner Jennifer Banek on Friday said an autopsy on a fifth person found dead in a Buffalo Grove home on this week showed their death was also a result of sharp-force injuries following a “domestic-related incident.”

Four others found in the house were classified as similar deaths, authorities announced Thursday.

Officials have not yet shared who they believe is responsible for the deaths, other than to say it was being probed as a case of domestic violence. The bodies of the family were discovered in the house on Acacia Terrace in Buffalo Grove after a co-worker of Vera Kisliak called police to ask for a well-being check on her.

Banek on Friday said the scene at the house is clear and that further updates would come from the Buffalo Grove Police Department or the village. No briefings had been announced by mid-morning.

Lake County court records indicate the family was facing foreclosure on their home and that Vera and Andrei Kisliak were involved in a tumultuous divorce.

Records also show that Vera obtained an emergency order of protection against Andrei on Sept. 14 and that Buffalo Grove police arrested him for violating that order on Sept. 30. He posted a $5,000 bond, police records show, and was released from Lake County Jail with another hearing scheduled for Dec. 13.