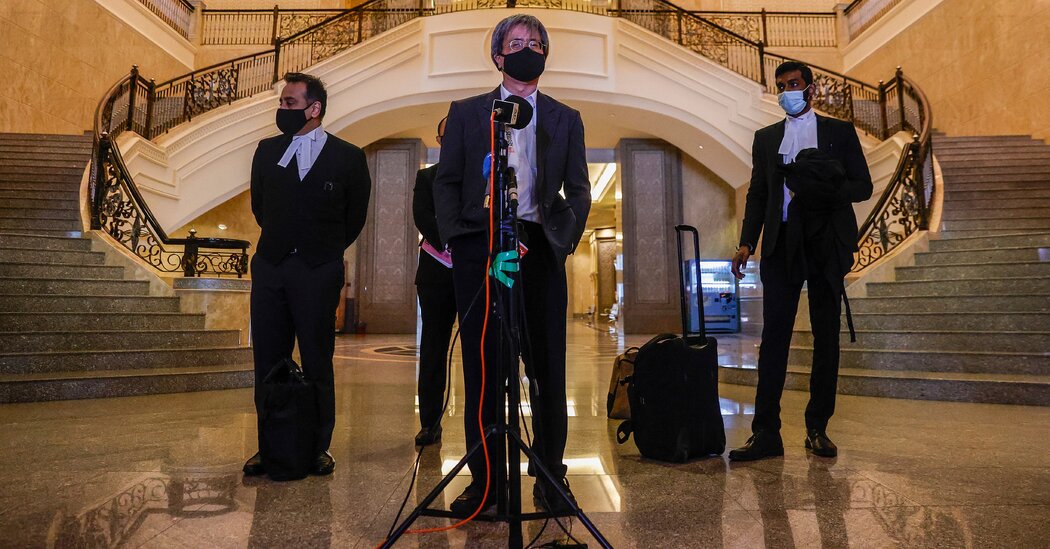 BANGKOK — Like many online news outlets, the Malaysian news site Malaysiakini allows readers to post comments at the bottom of articles. That proved expensive on Friday, when a court ruled that the news site was legally responsible for reader comments deemed insulting to the judiciary.

A seven-judge appeals court panel found Malaysiakini guilty of contempt of court and ordered it to pay a fine of nearly $124,000, more than double the amount sought by prosecutors, for five comments left by readers.

The news outlet’s co-founder and editor in chief, Steven Gan, who was acquitted of the same charge, said the hefty penalty appeared to be an attempt to drive Malaysiakini out of business.

“It will have a tremendous chilling impact on discussions of issues of public interest and it delivers a body blow to our continual campaign to fight corruption,” Mr. Gan said after the hearing.

For decades, much of the media in Malaysia has been allied with the government, but independent news outlets — mainly online — have emerged to provide critical coverage and give voice to the opposition. Supporters of Mr. Gan have said that he and Malaysiakini were being punished for the outlet’s diligent reporting.

The readers’ comments were posted on a story about the Malaysian judiciary, which closely guards its reputation. They were later removed from the article, but not quickly enough to avoid charges.

In their verdict, the judges concluded that Malaysiakini should have vetted the comments and refrained from posting those that constituted contempt of court.

The panel rejected defense arguments that Mr. Gan and the news outlet were not legally responsible for their readers’ comments and that prosecutors should have been required to prove that they intended to publish scandalous material.

The fine of 500,000 Malaysian ringgit was far more than the 200,000 ringgit, roughly $50,000, that prosecutors had sought. The defense had asked for a fine of no more than 30,000 ringgit, on the grounds that it was the first time that such a case had been brought against a news outlet.

Malaysiakini’s defenders had argued that a guilty verdict would have the effect of inhibiting freedom of speech in the country of 33 million, which in recent years has been racked by charges of high-level government corruption.

Amnesty International Malaysia said it was deeply alarmed by the verdict, calling it “a travesty of justice” and “a grave setback for freedom of expression in the country.”

“The use of contempt of court laws to censor online debate and silence independent media is yet another example of the shrinking space for people to express themselves freely in the country,” said the group’s executive director, Katrina Jorene Maliamauv.

The United States Embassy in Kuala Lumpur, the capital, also expressed concern about the ruling. “Freedom of expression, including for members of the press and the general public, is fundamental for public discourse and the democratic principles that support accountability and good government,” it said in a statement.

The case was brought in June by Malaysia’s attorney general, Idrus Harun. He was named to the post by Prime Minister Muhyiddin Yassin, who took power less than a year ago at the head of an unelected government.

Mr. Muhyiddin’s governing coalition includes the former prime minister Najib Razak, who is accused of siphoning billions of dollars from a government investment fund that he once controlled.

In one of Mr. Idrus’ first acts as attorney general, the government dropped money-laundering charges against Mr. Najib’s stepson Riza Aziz, a Hollywood producer, in a deal that critics said would let him keep $83 million of the quarter-billion in government funds he was accused of receiving.

Mr. Najib has been charged with more than 40 criminal counts and is now being tried on some of them. Malaysiakini, along with other news outlets, has been covering the scandal for years.

“I am terribly disappointed,” Mr. Gan said. “What crime has Malaysiakini committed that we are forced to pay 500,000 when there are individuals charged with abuse of power for millions and billions who are walking free?”