5 Critically Endangered Species and How You Can Help Protect Them 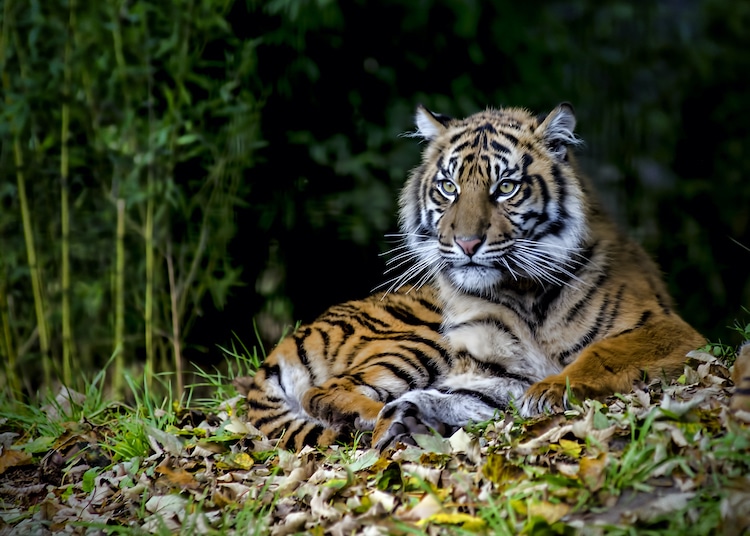 With 8.7 million animal species, our planet is beautifully diverse. But for some of those creatures, their time is running out. When a species is classed as “Critically Endangered,” it means it’s facing an extremely high risk of extinction in the wild. Frustratingly, human beings are often the cause—hunting and habitat destruction are the two main causes of animal extinction. However, with the right actions, we can help to undo the damage we’ve caused.

Read on to discover five critically endangered species in need of our help, protection, and conservation.

Here are five critically endangered species and how you help protect the future of their kind.


At the beginning of the 20th century, around 500,000 rhinos roamed Africa and Asia. By 1970, their numbers dropped to 70,000, and today, only around 27,000 rhinos remain. Three species of rhino—black, Javan, and Sumatran—are now considered critically endangered, but the Javan rhino is one of the most threatened mammals in the world. There are just 67 remaining on earth, all of which live in Ujung Kulon National Park on the Indonesian island of Java.

In order to protect the future of Javan rhinos, there are a number of organzitions that are working to defend them from poaching and habitat loss. Read on to find out what they’re doing and how to donate to their cause, plus some other things you can do to help.

Global Wildlife Conservation is partnering with WWF-Indonesia, the International Rhino Foundation, and the Indonesian Rhino Foundation (YABI). The organization aims to protect and expand the current population in Ujung Kulon National Park as well as establish a second population of Javan rhinos. It plans to increase the population of the Javan rhino to at least 80 individuals by 2025. Donate to the cause here.

The International Rhino Foundation has implemented the Rhino Protection Unit (RPU) program. It aims to protect the home of rhinos in Java through proactive prevention of poaching and habitat destruction. The organization is also developing a second site for Javan rhinos to live and populate. The 5,000 hectare Javan Rhino Study and Conservation Area (JRSCA) in Gunung Honje in Indonesia gives the rhinos space to flourish under protection and study. The team has also cleared 170 hectares of the Arenga palm to allow other native rhino food plants to grow in the forests. Donate here.

Adopt a Javan rhino: By symbolically adopting a rhino, your donation will fund research and habitat restoration projects; 24/7 anti-poaching protection on land and by sea; and a Javan rhino monitoring and camera-trap program. Find out more.

Pledge to stop wildlife crime: Support WWF’s commitment to protect wildlife from poachers. Find out more and sign the petition.


The rare subspecies of leopard known as the Amur leopard is found mainly in the Russian Far East but also in Northeast China. There are believed to be around 84 individuals left in the wild. The beautiful species is under threat by poachers who are killing them for their spotted fur. Their prey—such as roe deer, sika deer, and hare—are also heavily hunted, leaving Amur leopards struggling to find food. For the Amur leopard to survive long term, they need to be protected from poachers and the prey populations need to recover too.

Although they’re on the brink of extinction and their situation remains critical, the Amur leopard has recently seen a slight rise in numbers. This is thanks to the hard work of conservationists worldwide. Discover what they’re doing below and how you can help.

The Phoenix Fund intends to provide anti-poaching protection for the Amur leopard. The organization provides a skilled law enforcement team with equipment that undergo regular anti-poaching patrols in Amur leopard habitats. The team also help to protect the health of the forests where the leopards live. Find out more and donate.

Wildlife Vets International has been working for over a decade to protect the health of Amur leopards. The organization provides both theoretical and practical training in wildlife medicine for local Russian wildlife vets and veterinary students, based in the Russian Far East. It also supplies medicines and other equipment to help with the handling of captured animals in order to investigate disease. Find out more and donate to the cause here.

The non-government funded Russian Geographical Society began helping to restore the Amur leopard population in 2011. The team is currently studying the current populations of the Amur leopard and its main prey, the ungulates. It is also developing protected areas within the rare animal’s habitat. Find out more about their work here.


Sunda tigers were once found all over the Sunda islands in Indonesia, but they are now extinct in Java and Bali. Today, there are less than 400 left, all of which are living in Sumatra. Despite increased efforts to save them, Sunda tigers are losing their habitat and prey at a rapid pace, and most tigers are killed by poachers for commercial gain.

Read on to discover what conservationists are doing to protect the Sunda tiger, plus what you can do to help.

As well as monitoring and researching the Sunda tiger, WWF (World Wide Fund for Nature) is working hard to protect the species’ five breeding grounds in Central and South Sumatra, which the organization calls “heartlands.” WWF is also working to save Thirty Hills, a critical rain forest in Sumatra. The area is one of the last places on Earth where elephants, tigers, and orangutans coexist in the wild. The organization is also calling for greater protection of all captive tigers, and the shutting-down of commercial tiger farms. Help WWF with its cause by donating here.

Switch to forest-friendly products: For tigers, forests provide trees for shade, rivers for drinking water, and an ideal environment for hunting prey. You can help protect their forests and preserve their future by buying products that have the Forest Stewardship Council label. Each product is made sustainability from trees that are harvested legally and responsibly. Find out more and pledge your commitment here.


Previously, the Sumatran orangutan lived and thrived all over the entire Indonesian island of Sumatra and further south into Java. However, due to forestation and hunting, the rare ape is now restricted to the north of the island. The species lives among the trees of tropical rainforests and rarely travel on the ground. Sadly, the lowland forest habitats of Sumatran orangutan are disappearing quickly due to logging and deforestation in order to make room for agriculture and palm oil plantations.

Find out about the wildlife conservation efforts that are helping restore the population of Sumatran orangutans below, and what you can do to help.

The Sumatran Orangutan Conservation Programme is a collaborative initiative with a number of NGOs. Its focus is to protect, rehabilitate, and research Sumatran orangutans. Its also working to locate and confiscate orangutans kept illegally as pets. Unfortunately, orangutans are still captured from the wild and kept in households in Indonesia as status symbols. Find out more and donate.

Adopt a female orangutan: Female orangutans give birth to just one infant at a time every eight or nine years. Therefore, losing them through hunting or deforestation has a devastating effect on the overall population. By “adopting” a female orangutan, you’ll be helping WWF protect these great apes and their habitat. Find out more here.


The vaquita—a species of porpoise—is the world’s rarest marine mammal. There are only around 10 individuals remaining, making them critically endangered and very close to becoming extinct. They are found within Mexico’s Gulf of California, where they are vulnerable to becoming entangled in fixed fishing nets (gillnets) set for other marine species such as totoaba.

The international trade in totoaba is banned under CITES, a treaty to protect endangered plants and animals. However, in China, the fish is in high demand for its swim bladder, which is believed to have medicinal qualities. Thousands of swim bladders are illegally smuggled out of Mexico to China, where fishermen receive around $4,000 for each pound. Without putting a stop to the illegal trade of totoaba swim bladders, the vaquita will go extinct.

Read on to discover how environmentalists are trying to save the last of the vaquita, plus some tips on how you can help.

WWF has called on the Mexican government to enforce tougher measurements against totoaba swim bladder trade and a strict ban on gillnet fisheries in vaquita habitats. However, while illegal fishing is still happening, WWF is doing what they can. From October 2016 to July 2017 alone, its team removed more than 400 “ghost nets” from vaquita habitat, and continues to search for more.

Mexico’s National Institute of Fisheries (INAPESCA) and WWF Mexico collaborated to establish and further develop and vaquita-safe fishing technologies, such as trawls and traps.

Stunning Portraits of Rare and Endangered Birds Full of Personality