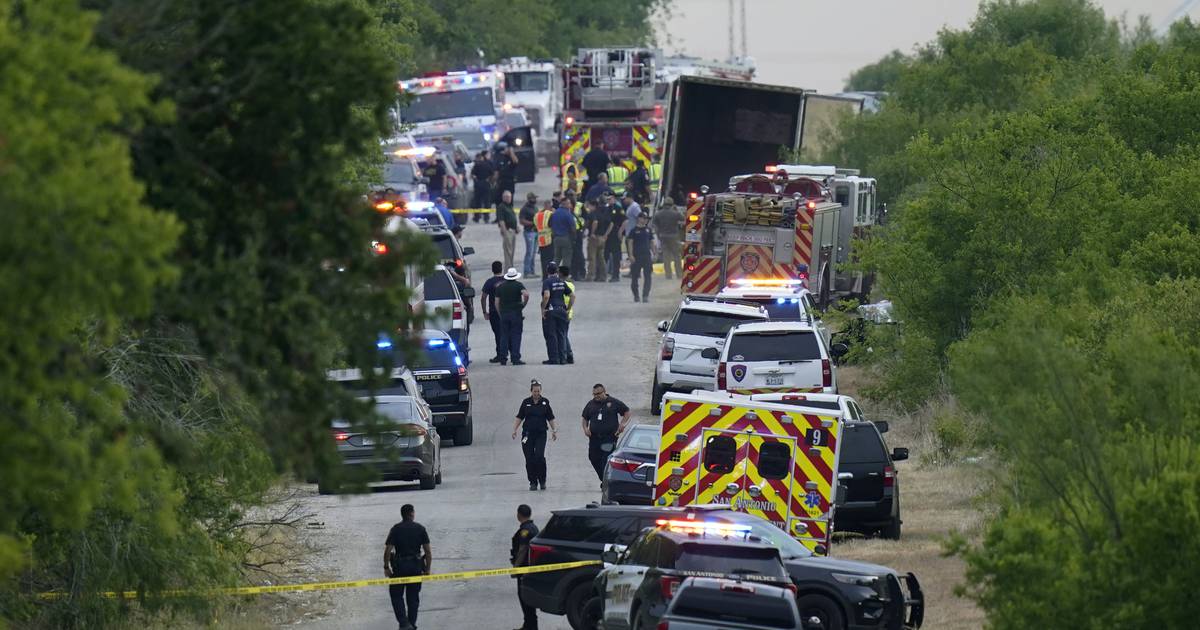 At least 42 people believed to be migrants were found dead inside an 18-wheeler in San Antonio, Texas, on Monday, in what may be the deadliest case of migrant-smuggling in recent years.

A U.S. official told the Associated Press that at least 40 people were dead in the apparent migrant smuggling attempt in South Texas.

The people are believed to have entered into the United States illegally.

Officers from the San Antonio Police Department were on the hunt for tractor-trailer’s driver, sources told The New York Times. The vehicle had been dumped and found in a remote area near railroad tracks and salvage yards.

Officials from the San Antonio Police Department did not immediately respond to requests for comment from the Daily News.

Monday’s horrific discovery could be the deadliest incident of migrant deaths in recent years. In 2017, 10 people died inside a truck parked at a San Antonio Walmart, and in 2003, 19 migrants were found in an overheated truck also in San Antonio.

Temperatures in San Antonio and other Texas cities have reached record levels recently, with Monday’s heat hitting a high of 103 degrees.

“There are about 46 migrants dead in San Antonio. Our prayers raised up to you O Lord for their souls. Lord have mercy on them. They hoped for a better life,” tweeted San Antonio Archbishop Gustavo Garcia-Siller Monday evening.

Texas Gov. Greg Abbott tweeted about the deaths late Monday, blaming President Biden. “At Least 42 People Found Dead Inside Truck Carrying Migrants In Texas. These deaths are on Biden. They are a result of his deadly open border policies. They show the deadly consequences of his refusal to enforce the law.”

“We need urgent action — dismantle human smuggling rings and replace them with expanded avenues for legal migration that reflect our values and meet our country’s needs,” he said.

“This tragedy is only the latest case of unscrupulous coyotes putting profit over the lives of real human beings. Sadly, this is a result of our broken immigration system. The lack of real immigration reform puts migrants in danger of falling victims to unscrupulous smugglers,” said Lydia Guzman of the League of United Latin American Citizens in a statement.