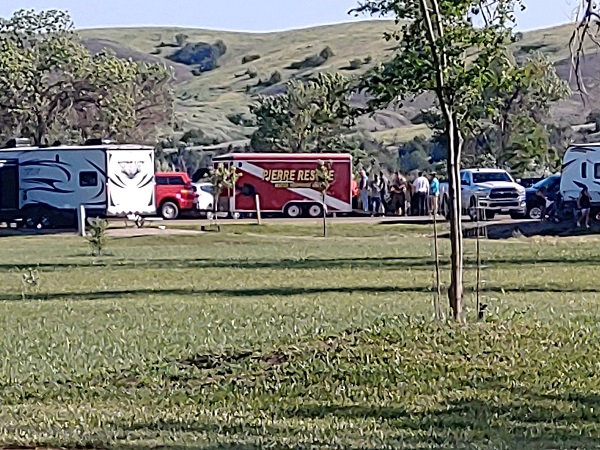 A 3-year-old from LaPlant, SD, drowned at Farm Island State Park near Pierre over the weekend.

Sheriff’s deputies, Pierre Police, Game, Fish & Parks and South Dakota Highway Patrol Troopers immediately responded to the area. The family of the missing child and nearby campers were already actively searching the area. The Pierre Volunteer Fire Department Rescue Squad arrived with boats and divers to assist in the search.

At around 6pm CDT, divers located the body of the missing child in the water approximately 20 feet from shore and in less than 4 feet of water. The victim was not wearing a life jacket.

The name of the victim is not being released. The family was camping at Farm Island in Pierre and visiting from La Plant, SD.