3 Takeaways From the Ruling on UNC’s Admissions Policies 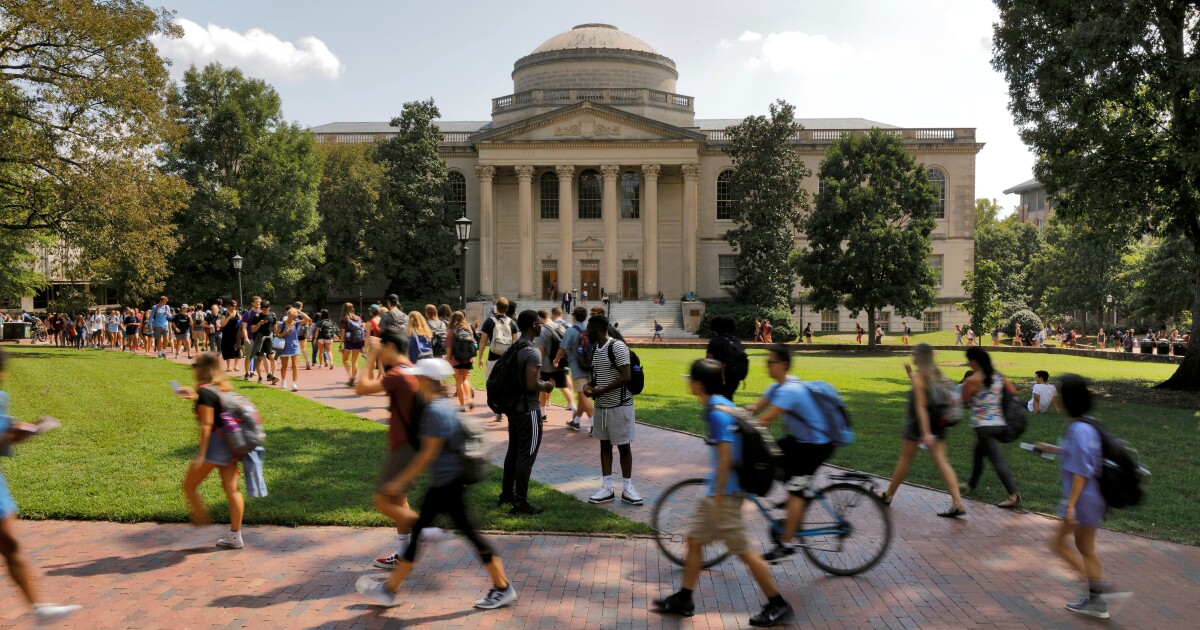 The University of North Carolina at Chapel Hill scored a clear win on Monday in its lawsuit that challenged the institution’s consideration of race in admissions. The institution had been sued in 2014 by the anti-affirmative-action group Students for Fair Admissions, which plans to appeal the decision.

The university said the ruling determined that its “holistic” admissions process is lawful. “We evaluate each student in a deliberate and thoughtful way,” Beth Keith, the associate vice chancellor in the university’s office of communications, wrote in an email, “appreciating individual strengths, talents, and contributions to a vibrant campus community where students from all backgrounds can excel and thrive.”

While the ruling, by Judge Loretta C. Biggs of the U.S. District Court for the Middle District of North Carolina, hewed closely to precedent, it was also notable for making the following points, according to observers:

Black Students Are Still Getting Left Out

Biggs said the university could do more for the underrepresented minority students on its campus. “The university is far from creating the diverse environment described in its mission statement,” she wrote.

Biggs also cited the analysis of SFFA’s expert, Peter Arcidiacono, a professor of economics at Duke University, to make the argument that underrepresented minority students are admitted at lower rates than are their white and Asian American peers. Arcidiacono used econometric modeling to estimate how big a role race played in the university’s admissions practices. Biggs said that Arcidiacono’s analysis revealed that 3 percent of in-state, top-decile Black candidates were denied admission by Chapel Hill. In contrast, only 1.2 percent of white students and 1.8 percent of Asian American students in the top decile were denied. “The evidence shows that, as a whole, underrepresented minorities are admitted at lower rates than their white and Asian American counterparts, and those with the highest grades and SAT scores are denied twice as often as their white and Asian American peers,” Biggs wrote.

“Nearly 70 years after the first Black students were admitted to UNC,” Biggs wrote, “the minority students at the university still report being confronted with racial epithets, as well as feeling isolated, ostracized, stereotyped, and viewed as tokens in a number of university spaces.”

Biggs’s opinion made no mention of recent news events, but there has been no shortage of flashpoints at Chapel Hill around issues of race, most recently the drawn-out tenure case of Nikole Hannah-Jones. “She’s not talking about diversity as this isolated, standalone entity,” said Julie J. Park, an associate professor of education at the University of Maryland at College Park, adding that often the way diversity is talked about is “disconnected from the historic injustices.”

This perspective on history was connected to the present, as some students’ voices were heard during the trial. As in the case challenging Harvard University’s consideration of race in admissions that was also brought by SFFA, students and alumni were allowed to testify as “intervenors” about their experiences at UNC. Students and former students described feelings of tokenization and isolation, which Biggs referenced. One alumna testified that she “often felt alone and a bit invisible in some spaces because I was … the only Latina in some of those spaces.” A Black alumna said she often felt like “the token or the sole representative” for her race, “or the fact checker” for her race, “which can be a bit of a burden, in class.”

Biggs did note, however, that recent efforts to create a diverse student body “demonstrate a marked contrast to the discriminatory and obstructionist policies that defined the university’s approach to race for the vast majority of its existence.”

SFFA had no ‘Smoking Gun’

Kimberly West-Faulcon, a legal scholar at Loyola Marymount University’s Loyola Law School, in Los Angeles, called the ruling “a very accurate and detailed set of factual findings that line up with the court’s conclusions of law.”

She said the plaintiffs’ real goal is to appeal the case up to the U.S. Supreme Court. Students for Fair Admissions also lost its case against Harvard in 2019, as well as an appeal the following year. The Supreme Court has yet to decide whether it will hear the Harvard case.

“It reveals and confirms that this isn’t a case where the plaintiffs went to court because they truly had some kind of smoking gun,” West-Faulcon said. Referring to previous Supreme Court rulings on consideration of race in admissions, she added that this “really is an effort to get the court to overturn the Michigan case precedent, or overturn Bakke.”

Edward J. Blum, the president of SFFA, said in an emailed statement that “Students for Fair Admissions is disappointed that the court has upheld UNC’s discriminatory admissions policies.” He said he believed the evidence “presented at trial compellingly revealed UNC’s systematic discrimination against nonminority applicants.”

Peloton as Pedagogy | Inside Higher Ed