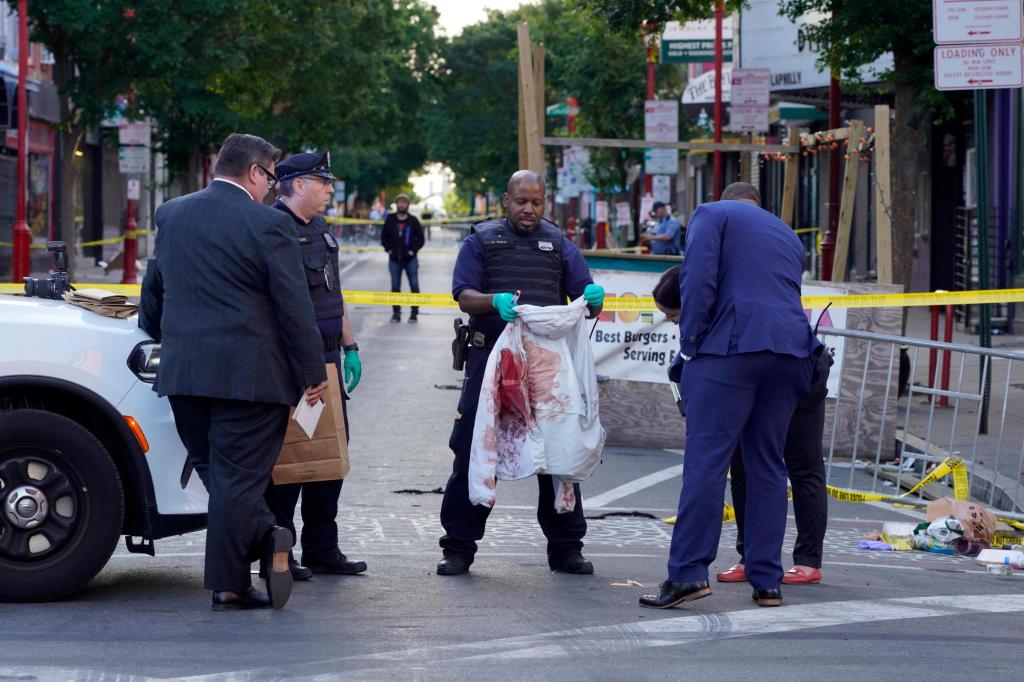 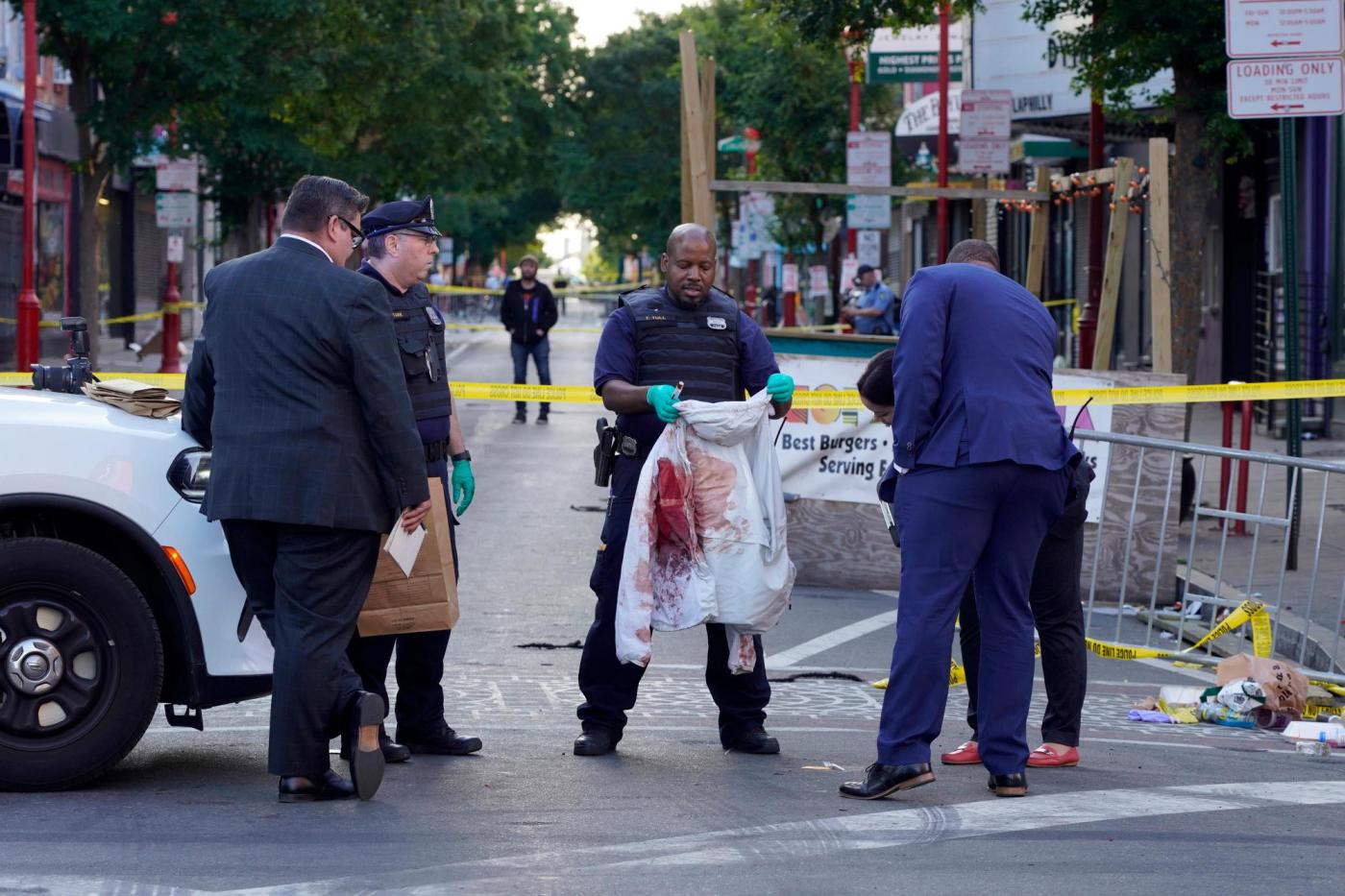 Police officers were patrolling the area on South Street in central Philadelphia at about 11:30 p.m. Saturday when they heard multiple shots. Racing to the scene, they found several people with gunshot wounds lying on the sidewalk and in the street and began to render aid, Police Commissioner Danielle Outlaw said.

Another responding officer saw a man on a street corner firing a handgun into a large crowd about half a block away, Outlaw said. The officer drew his weapon and fired several times, and police believe the man was struck before he dropped his handgun onto the sidewalk and fled, Outlaw said.

A police statement said the dead were 34-year-old Gregory Jackson, 27-year-old Alexis Quinn, and a 22-year-old man who was not identified. Investigators believe one of the three killed was involved in “a physical altercation” with another man, and those two began firing at each other, with both struck by gunfire, Outlaw said.

The other two people who were killed and a number of wounded, who ranged from age 17 to 69, are believed to have been innocent bystanders, Outlaw said. She called it “a dark day” for the city when many people out enjoying a beautiful evening were victims of “horrendous and unthinkable acts … in a very popular local and tourist hangout.”

“It’s important that we bring justice to the victims, their families, and our community,” she said.

Two handguns were recovered, including one with an extended magazine, but Chief Inspector Frank Vanore said investigators know from evidence at the scene that a total of five guns were involved. In addition, police are investigating several other shootings before and afterward, one fatal, to see whether they might be related.

Thomas Jefferson University Hospital spokesperson Damien Woods said 10 patients came to that particular hospital; three dead, six in stable condition and one who has since been discharged.

Outlaw said police planned to bolster resources Sunday night in that area, as well as in the nearby Penn’s Landing area along the Delaware River that separates Pennsylvania from New Jersey.

South Street is known for its entertainment venues and night life with multiple bars, restaurants and businesses. Surveillance video from a local business posted by WTXF-TV showed scores of people milling about on the sidewalks and in the street, then fleeing as the gunfire broke out. Police were seeking video surveillance footage from businesses in the area.

“Once again, we see lives senselessly lost and those injured in yet another horrendous, brazen and despicable act of gun violence,” he said in a statement Sunday morning. “My heart is with the family, friends, loved ones of those lost or injured, and with everyone impacted by this terrible tragedy. “

Kenney said the surge in gun violence in the city and across the nation “makes me not just heartbroken, but angry.” He said, however, fighting this violence would be “an uphill battle” without measures to address the “availability and ease of access to firearms.”

Eric Walsh, closing up the outdoor seating area of a bar along the block, told The Philadelphia Inquirer that the scene was “chaos.” He said he saw a young woman collapse to the ground on the corner.

“People were coming off the street with blood splatters on white sneakers and skinned knees and skinned elbows,” Walsh said. “We literally just were balling up napkins and wetting them and handing them to people.”