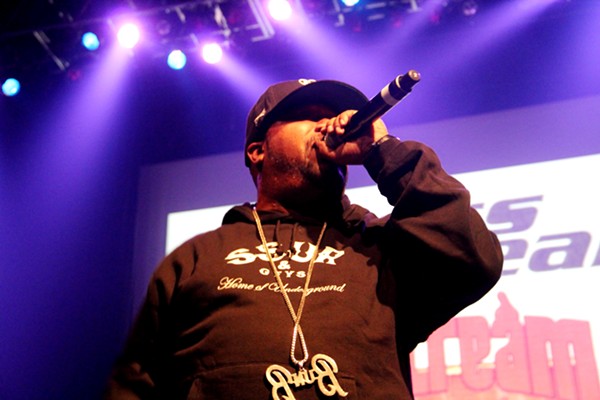 It’s time to get high in the park and enjoy some music, which sure, people have been doing since forever, but this annual 420 event by Liv Cannabis does sound pretty dope.

The festival is going down all day long at Adado Riverfront Park in Lansing with performances by rappers Curren$y, Too $hort, Bun B, and more. Even if you don’t know him by name, you’ve probably heard a few tracks Bun B’s rapped on. The Southern rapper makes up one-half of the duo Underground Kingz. (Jay Z’s “Big Pimpin” anyone?)

Mike Tyson will also be making an appearance to promote his weed brand Tyson 2.0, which recently launched in Michigan in partnership with Common Citizen, an event partner for the fest. Besides music there will be food trucks, cannabis and non-cannabis vendors, and designated consumption areas onsite.

The festival is from noon- 11 p.m. at Adado Riverfront Park; 201 East Shiawassee St., Lansing; experience420fest.com. Tickets are $50 for general admission or $200 for the VIP package, which includes a gift bag from the sponsors, exclusive viewing area, private restrooms, and a juice bar. Fancy.