26 Missing From Japanese Tour Boat After Distress Call off Hokkaido 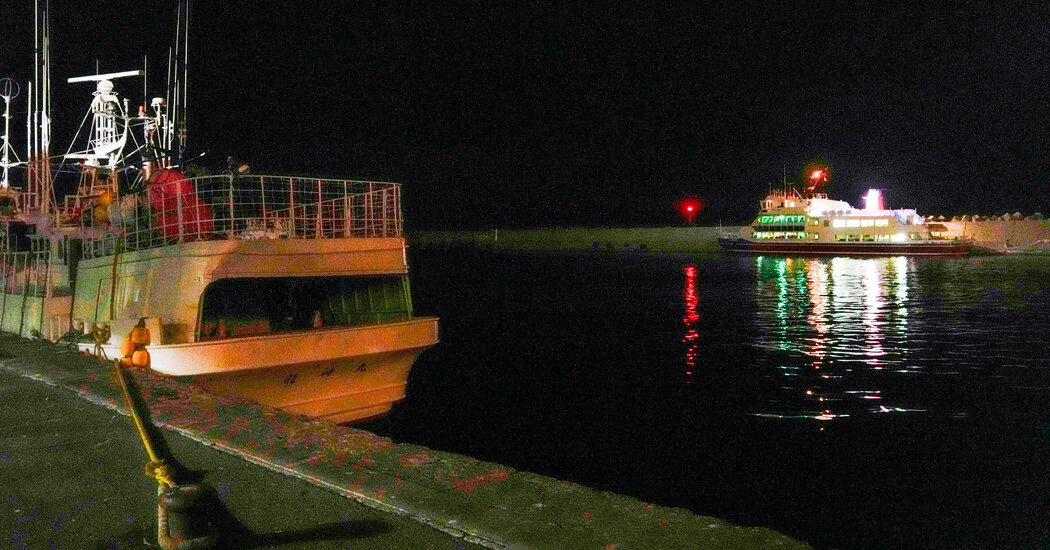 TOKYO — All 26 people aboard a sightseeing boat were reported missing off the coast of Hokkaido, Japan’s northernmost island, on Saturday after the boat made a distress call to the Japan Coast Guard early in the afternoon saying it was sinking.

The Coast Guard dispatched rescue boats and aircraft after the crew of the tourist cruiser called to say that the vessel was tilting at 30 degrees near the Shiretoko Peninsula on Hokkaido’s eastern coast.

According to NHK, the public broadcaster, the first rescue call came around 1:15 p.m. from the KAZU 1, a sightseeing vessel that was on a planned three-hour round trip tour to the tip of Cape Shiretoko. A regional unit of the Coast Guard in Hokkaido told NHK that the crew had reported the boat was taking on water. A final call came in to the company at 3 p.m.

Tetsuo Saito, Japan’s minister of land, infrastructure, transport and tourism, told reporters late on Saturday that the Coast Guard boats arrived at the scene around 4:30 p.m. and had not yet found any survivors.

Mr. Saito said 24 passengers, including two children, were on board, along with the captain and a deck officer. All were believed to be wearing life jackets, he said.

Early Sunday, NHK reported that four people from the boat had been found, but it gave no information about their condition.

According to NHK, the Coast Guard dispatched five patrol vessels and two aircraft in rough winds to the area of the famed Kashuni Falls, where the boat was when the first call came in and where reefs are hidden under the sea. The public broadcaster reported that there had been warnings of waves of up to 10 feet on Saturday.

A man who answered the telephone late Saturday night at Shiretoko Pleasure Cruiser, the owner of the tourist boat, said he could not answer questions as he needed “to put a priority on talking to the families first.”

The website of Shiretoko Pleasure Cruiser advertises the three-hour Shiretoko Cape tour as a chance for sightseers to see the Kashuni Falls as well as brown bears, eagles, dolphins and whales. “It is a truly unexplored region that can only be reached by boat,” the tour description reads.

Prime Minister Fumio Kishida was returning early to Tokyo from Kumamoto, where he had been attending a conference, according to NHK.