2021 March Madness Picks: Best upset predictions by seed for first round of the NCAA Tournament 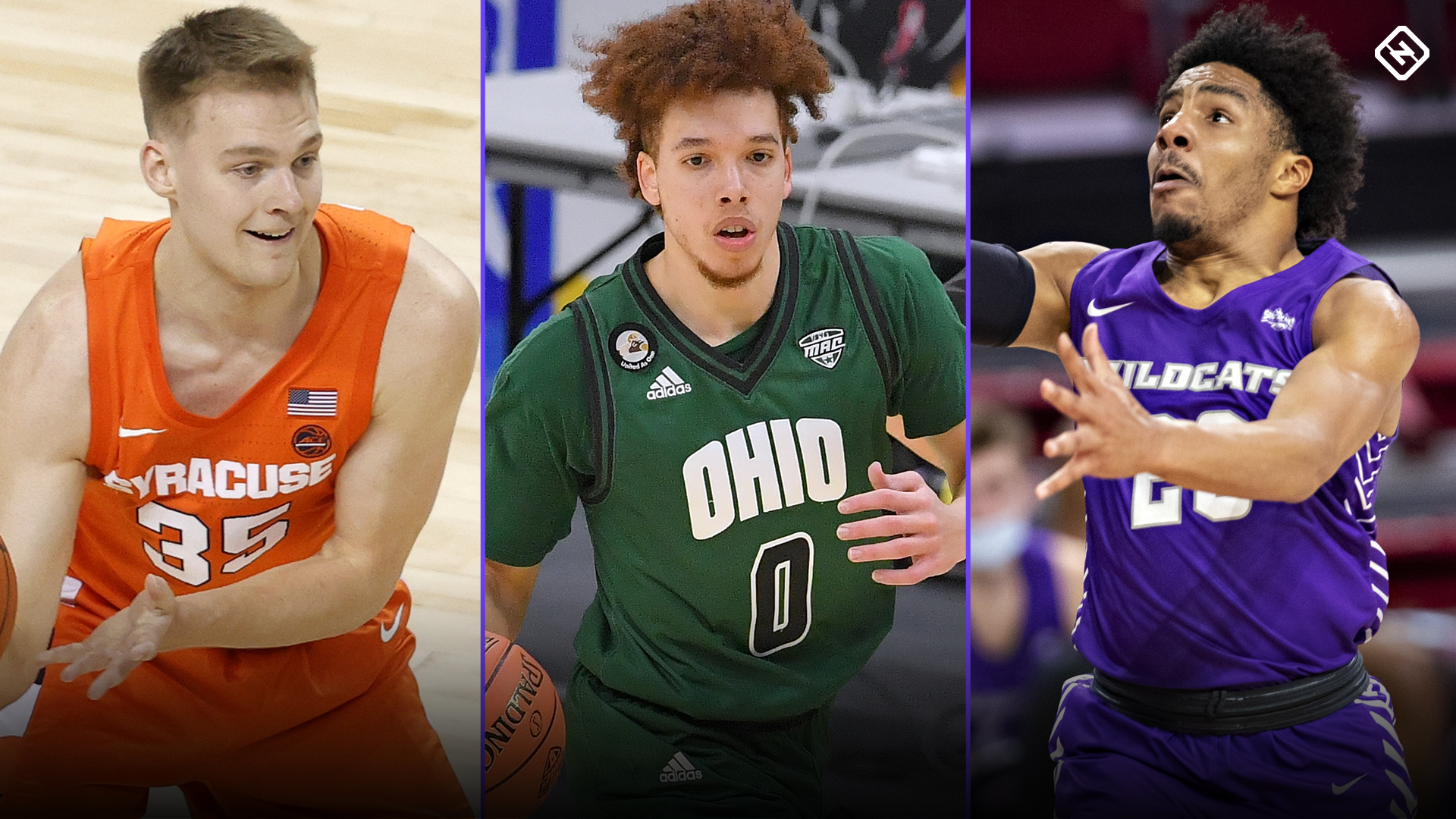 The NCAA Tournament is back, and with it comes the quest to identify bracket upset picks. In this article, we are going to focus on the first round games and identify the team at each seed (9 or below) with the best chance of ending a favorite’s March Madness dreams early. Sometimes lower seeds actually have a better chance to win in the first round according to betting odds or computer power ratings, so it would be foolish to overlook those underdogs.

Let’s be very clear about one thing before we dig into this, though: In standard 1-2-4-8-16-32 scoring, the optimal strategy, particularly in smaller pools, is usually to pick the better team. Taking too many big swings on upset picks can be the kiss of death for your bracket.

However, if you are in a pool that gives an upset bonus or where you get points based on a team’s seed, you should be hunting for upset value to take advantage of those points.

Editor’s Note: This is a guest post from TeamRankings.com, a site that has provided expert bracket pick advice since 2004. Since 2017, their subscribers have reported over $1.7 million in bracket pool prize winnings using their NCAA Bracket Picks.

Missouri and Oklahoma will fight it out in an old Big 8 clash to see who gets to try to upset No. 1 Gonzaga. Missouri hasn’t been playing its best basketball down the stretch and has been inconsistent, but that’s also true of Oklahoma.

The Sooners have won only four games since the start of February, and three of those wins were against Iowa State, a team that did not win a single Big 12 conference game this year. Oklahoma played well in January, but four different key rotation players have had COVID and missed time even though the program did not go on pause. Since the start of February, they have been unimpressive.

Power ratings based on overall season performance give Oklahoma more confidence here, but after adjustments due to how the teams have played recently, this game looks to be a lot tighter.

The betting markets actually have one 10-seed (Rutgers) slightly favored over a 7-seed (Clemson), but that’s not our most likely 10-seed to win. By a hair, we have Virginia Tech instead.

Virginia Tech is close to a Florida team that has in some ways overachieved to get to this point after losing its best player in December when Keyontae Johnson collapsed on the floor in a game against Florida State. We actually have both these teams rated as roughly 10-seed quality and very even.

The Hokies also get a slight upward adjustment because one of their worst games came in the first game back from taking a program pause due to COVID when they lost to Georgia Tech at home by 16. They promptly bounced back the next game, and that performance was more likely influenced by a lack of practice time.

Point Spread (as of Tue): Syracuse +3

Syracuse is well known for pulling upsets, so you want to consider the pick popularity here and maybe skip this one if you think most of your pool will be picking it. (You can use our NCAA Bracket Picks product to identify the most undervalued upset picks.)

However, if we are just talking chances to win, Syracuse is in a decent spot against a solid San Diego State team. The Orange have played better recently after the program was impacted early on when both head coach Jim Boeheim and his son, guard Buddy Boeheim, missed time due to COVID.

Some of Syracuse’s best results have come in recent weeks, and the Syracuse zone defense has been tough on some teams facing it for the first time on short preparation.

Georgetown bullied its way into the NCAA Tournament thanks to a run in the Big East tournament, including a blowout win over Creighton, another 5-seed, in the championship game. Colorado, meanwhile, lost in the Pac-12 title game to Oregon State, another 12-seed who made the field because of that win.

The Buffaloes still rate pretty highly, and if they get through this game, they could potentially make a deeper run. However, Georgetown is a dangerous opponent. Looking at the Hoyas’ season performance level likely underrates them, as lately they’ve been playing like a 7- or 8-seed.

Georgetown started the year a dreadful 3-8, had some roster turnover, and went on a three-week COVID pause. Since they returned in late January, though, they’ve played like a tournament team. They made key lineup changes, and head coach Patrick Ewing even benched his leading scorer, Jahvon Blair, and now brings Blair off the bench as a sixth man. Since that coaching move, the Hoyas are 6-1, with the only loss coming at Connecticut.

This one could tighten up even more because all indications are that Virginia will have very little practice time before playing this game after the Cavaliers had to pull out of the ACC Tournament last week due to COVID issues. That could further move our expected win odds on Ohio upward.

Ohio is already a live underdog as another team that is underrated based on looking at overall results. The Bobcats have had several key player injuries this year and lots of games without all their best players, but when the full starting lineup is together, as it was in the MAC Tournament, they are a threat.

Star point guard Jason Preston, who is a potential first-round pick in the NBA Draft, missed four games this year and the team struggled without him. When Ohio was fully healthy early in the year, they pushed top-seeded Illinois, losing by just two points. Preston had 31 points, eight rebounds, and six assists while going head-to-head against Ayo Dosunmu.

Now we are certainly getting into long-shot territory, so just keep that in mind. You wouldn’t want to pick this one in most bracket pools, but if your pool awards a big bonus based on seed number, Abilene Christian is a long-shot play that could pay off handsomely.

The Wildcats are stylistically unique compared to most other auto-bid small schools in this tournament. They have a 7-0 center and a bunch of small quick guards that play aggressively. They use a deep bench, create pressure on defense, and lead the nation in defensive turnover percentage. They are also among the nation’s leaders in assisted baskets.

They did play a lot of weak opponents, which inflates their season stats, but they did relatively better against the tougher competition they faced this season. Abilene Christian also played another Big 12 team this year, losing at Texas Tech by seven points.

We’re not recommending you pick a 15-seed outright, but we need to finish what we started here with every seed line, so here we go. Fellow 15-seed Iona may have some notoriety with Rick Pitino is its coach, but the 15-seed we have rated the highest is Grand Canyon.

Like Iona, Grand Canyon has a first-year coach who used to coach in the SEC (Bryce Drew, most recently with Vanderbilt). They also have the size to match up with Iowa, with front-line starters that are 6-10 and 7-0.

Grand Canyon is not typically a great outside shooting team and will need to get on the boards against Luka Garza and the Hawkeyes, but it is the best team at this seed line.

Point Spread (as of Tue): No line until winner of First Four is final

Finally, let’s talk true “let’s get crazy in here” stuff. Until three years ago, no 16-seed had ever beaten a 1-seed in the NCAA tournament.

As it turns out, the first 1-seed ever to lose in the first round, Virginia in 2018, had something in common with this year’s Michigan team: It lost a key player right before the start of the NCAA Tournament. It was NBA-bound DeAndre Hunter for Virginia then; it’s Isaiah Livers for top-seeded Michigan this year. Livers leads the team in made three-pointers and is Michigan’s best wing defender.

Michigan is an extremely heavy favorite to advance in this one, even without Livers, but it will require an adjustment period, so there is at least a glimmer of uncertainty regarding how the Wolverines will handle it. Compared to the other top seeds, Michigan is the most vulnerable to a stunning result based on that injury.

If you want to see all the best picks for your bracket pool, customized for your pool’s size an scoring system, check out our 2021 NCAA Bracket Picks product. It gives you detailed analysis on all 68 teams, tools to identify the smartest upset picks in every round, and ready-to-play brackets that give you the best chance to win.

In 2019, 71 percent of TeamRankings subscribers reported winning a prize in their NCAA bracket pool.