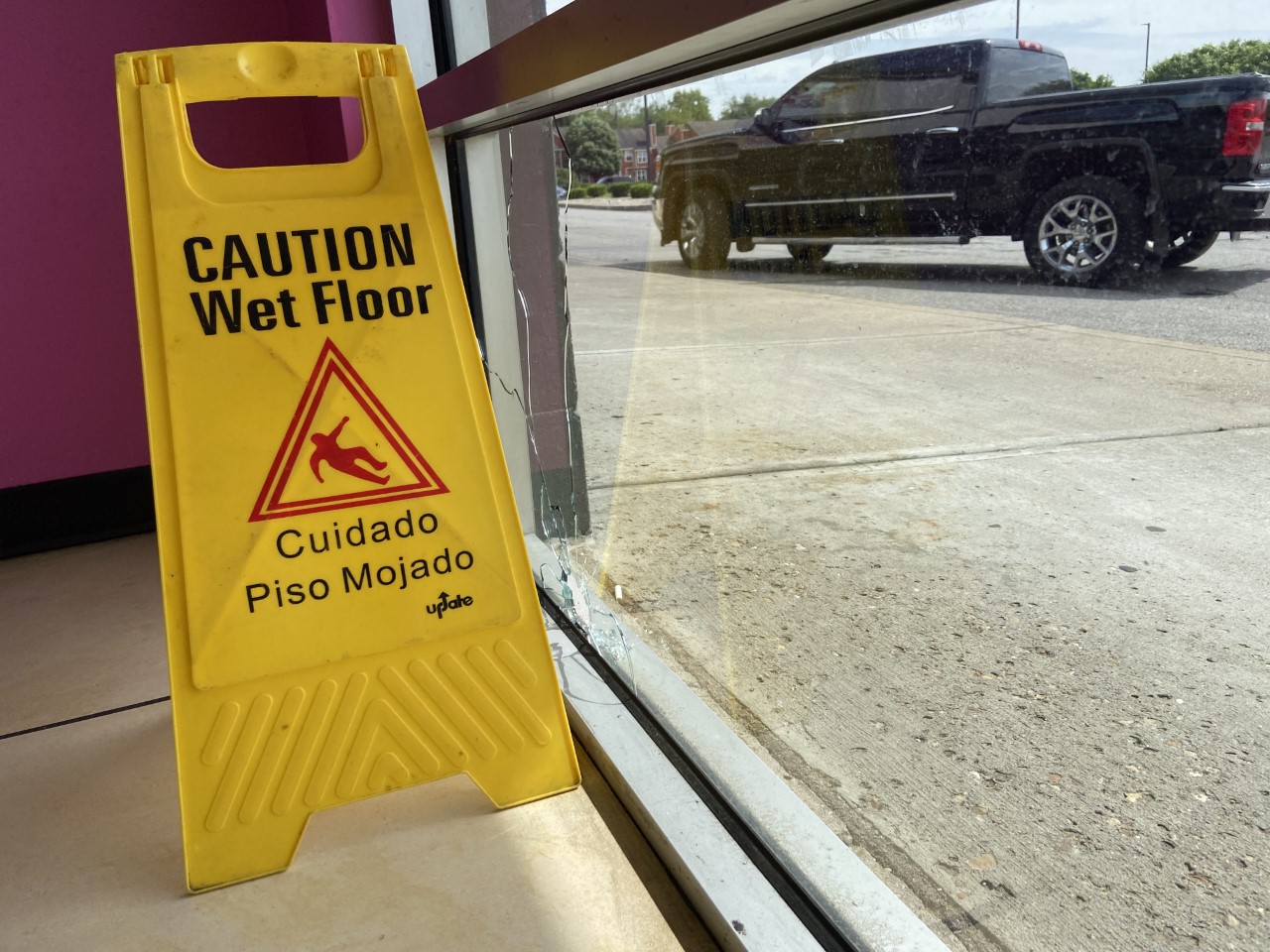 INDIANAPOLIS — Police are investigating two weekend shootings near the same strip mall on the north side of Indy.

The shootings, according to the Indianapolis Metropolitan Police Department, each sent a person to the hospital in critical condition.

Eli Moreno owns an ice cream shop, El Michoacana, near where both shootings happened. He said he got to work on both Saturday and Sunday mornings to find bullet holes in his store.

IMPD said the first shooting happened on Saturday morning in the parking lot outside of a business in the 8400 block of Michigan Rd. Investigators said the shooting stemmed from a business having a party and later on a shooting victim walked into a nearby hospital.


PREVIOUSLY: Man critically injured after shooting at party on north side

Moreno said he walked into El Michoacana Saturday morning to find a bullet hole through a whiteboard on one of his walls.

“When I checked the sign in the corner I see it,” he said. “And I say, ‘Woah, something happened here’.”

Moreno said he made a report to the police about the damage to his business.

More bad news came Sunday morning, when Moreno showed up to work to find another bullet hole in his shop. This time, he said it was through his own window and came to a stop in his floor.

“I can’t believe it because two days in a row,” Moreno said. “It’s kind of crazy.”

IMPD said Sunday morning there was a shooting in front of N_Zone Bar & Grill, which is just a few storefronts away from Moreno’s shop. Investigators said they believe one man was shot in the head and taken to the hospital in critical condition.

“In seven years, I’ve never seen anything like this,” Moreno said.

Reporting crews did not see any damage to the front of the N_Zone Bar & Grill, however there was a closed sign on the door.

Pike Township Fire Marshal Jonathan Kempler said he shut down the business Sunday morning. After critical incidents, like the shooting, a permit check revealed the venue had issues with its permits, and Kempler said the business will have to work those issues out with the city and state before reopening.

IMPD was out in front of La Michoacana on Sunday talking to Moreno about the damage and marking shell casings on the ground.

“These guys do a good job,” Moreno said. “They come around all the time.”

IMPD said Sunday that no additional information is currently available regarding either shooting investigation.