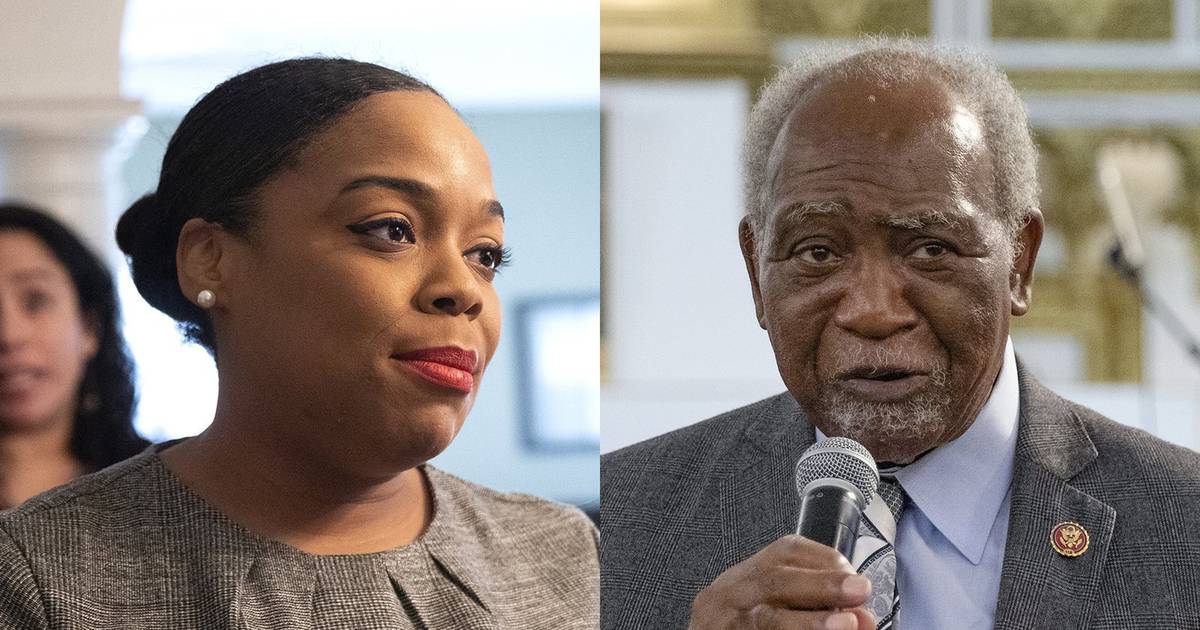 Voters headed to the polls Tuesday in three Chicago-centric Congressional districts for primary elections that are drawing intense interest.

Races in the heavily blue districts — the 1st, which covers parts of the South Side and south suburbs; the 3rd, on the Northwest Side and suburbs; and the West Side-anchored 7th — will go a long way toward shaping the look of the state’s Democratic caucus in Washington D.C. for the next two years and likely much longer.

The 1st District features a changing of the guard as several well-known Democrats front a field of 17 primary candidates vying to succeed retiring U.S. Rep. Bobby Rush in the seat that has historic political significance to African Americans.

The 3rd District that rambles from the Northwest Side through DuPage County will elect a new member of the U.S. House as well, and two high-profile Democrats are duking it out to grab the Latino leaning seat created last year to acknowledge that group’s growing political clout in the state.

All three seats were designed by Illinois Democrats to distinctly favor their party, meaning whoever wins the Tuesday primary will be heavily favored to beat the Republican candidate in the November general election.

The crowded 1st District Democratic field means contenders are fighting for a relatively small piece of the election pie in a primary where midterm voter turnout might be even lower than most years thanks to the unusual late June date of the contest.

Jonathan Swain speaks during a candidate forum for 1st Congressional District at Freedom Temple Church in Chicago on May 10, 2022. A total of 17 Democrats are on the ballot trying to succeed U.S. Rep. Bobby Rush for the historic seat. (Armando L. Sanchez / Chicago Tribune)

With the politically unassailable Rush stepping aside after three decades, a who’s who of South Side Democrats are battling for a seat the winner will probably hold for many years.

Among them are Jonathan Jackson, son of civil rights icon the Rev. Jesse Jackson; South Side Ald. Pat Dowell, 3rd, who pivoted from a run for secretary of state when Rush announced he wasn’t running; state Sen. Jacqueline Collins; business owner Jonathan Swain; activist Jahmal Cole, founder and CEO of My Block, My Hood, My City; Karin Norington-Reaves, federal workforce training for Chicago and suburban Cook County; and Nykea Pippion McGriff, a real estate agent and former president of the Chicago Association of Realtors.

All the frontrunners are Black. Whomever wins the Democratic primary will be well-positioned to continue a run of nearly a century of Black representatives from the 1st District beginning with Oscar DePriest, who in 1928 became the first Black person elected to Congress in the 20th century and the first ever in the North.

Just under half the district’s residents are Black, according to the Illinois Democratic Party.

Many of the candidates share similar views on issues like gun control, abortion rights, health care and the economy, so the challenge has been to separate themselves from the pack.

In the Northwest Side 3rd District, the field is smaller and the differences between candidates a bit better defined.

Northwest Side Ald. Gilbert Villegas, 36th, is the moderate who touts his political pragmatism and ability to work with officials of differing views to get things done.

State Rep. Delia Ramirez, 4th District, points to her record in Springfield as evidence she can deliver, but she positions herself as a more progressive candidate who worked on issues like championing an elected Chicago school board.

The politics run the gamut in the new district, which Illinois Democrats drew to be a heavily Democratic, “lean Latino” congressional seat as the state recalibrates its district boundaries to acknowledge Latinos’ continued population gains in the state.

About 47% of the 3rd District’s nearly 754,000 residents are Hispanic, according to the Illinois Democratic Party.

Also in the 3rd is a big chunk of DuPage County, historically a Republican stronghold that has become more diverse and decidedly bluer in recent elections.

Along with Villegas and Ramirez, Democratic candidates on the ballot include college professor Iymen Chehade and registered nurse and Chicago cannabis entrepreneur Juan Aguirre.

The 7th District features an old fashioned head-to-head contest between two West Siders — one a liberal Congressional vet and the other a young progressive challenger — to represent a district that stretches from the west suburbs of Westchester, Bellwood and Oak Park through the city’s West Side and east to Lake Michigan, encompassing Streeterville and downtown, before bending south to take in parts of the South Loop, Bridgeport and Englewood.

Davis, 80, says his decades in Washington D.C. make him the obvious choice, arguing recently “If anybody tells you that a rookie is as good as a great veteran, they must be out of their mind!”

Collins is endorsed by several progressive groups, including Justice Democrats, a leading left-wing political action committee that backed U.S. Rep. Alexandria Ocasio-Cortez of New York in 2018 and U.S. Rep. Marie Newman in Illinois in 2020. (Newman currently represents Illinois’ 3rd Congressional District. But as a result of the state’s new district map, which reduced the number of U.S. House seats for Illinois from 18 to 17, she is running this time in the 6th District against fellow incumbent Congressman Sean Casten.)

And on Sunday, President Joe Biden announced he was endorsing Davis in the race. In a news release, Biden pointed to Davis’ work to bring infrastructure investments to the area, “to keep folks safe during the pandemic” and to protect civil rights.

Collins also challenged Davis in 2020, garnering about 14% of the vote in the Democratic primary among four candidates.

Joining them on the 7th District Democratic ballot this year is Denarvis Mendenhall, who has run a very low-key campaign.