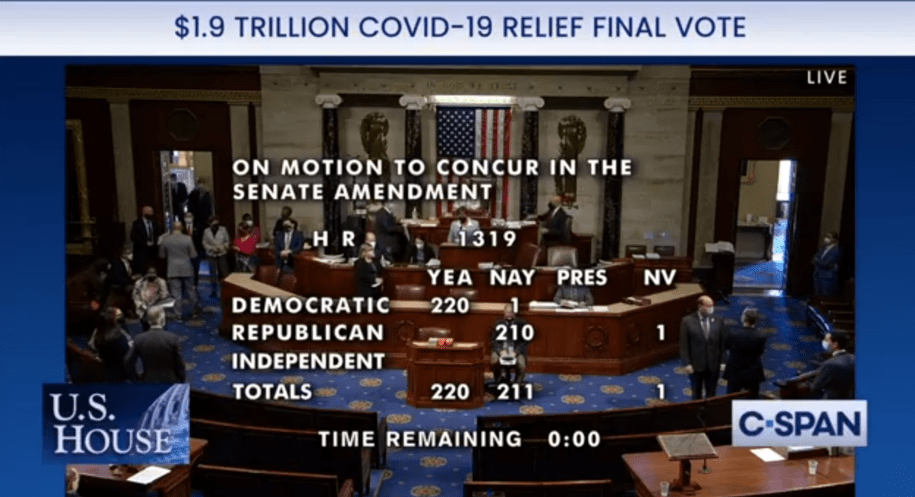 This is something to celebrate. Badly needed help is on the way to millions of people in the U.S. Some numbers:

A very important note: If you would not qualify for the $1,400 payment on the basis of your 2019 tax returns but you would qualify based on your 2020 returns, file your taxes now!

On Thursday evening, Biden will give a prime-time address to the nation, marking a year since widespread shutdowns due to the coronavirus pandemic.