11 Best Things To Do In West London 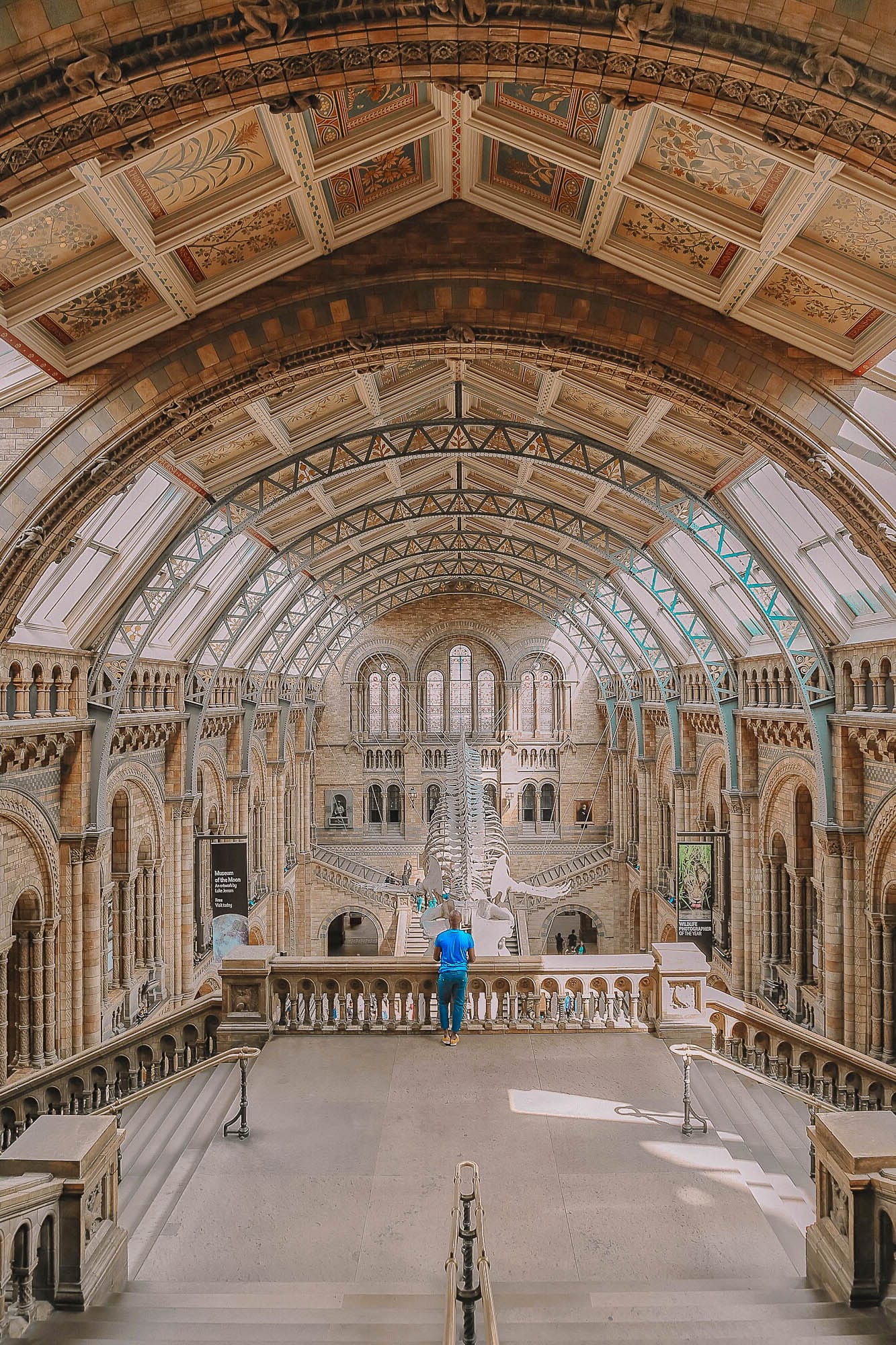 You’ve gotta know how much I love London by now? It’s incredible to explore, especially with all the exciting neighbourhoods that are dotted all across the city. From the fun spots in South London, the edgy vibes of East London, to the best things to do in West London – you’re going to be spoilt for choice on places to visit.

This all being said, with so much choice comes lots of decisions!

It’s almost impossible to see everything in London on one trip along… In fact, I don’t think it’s doable at all. Cities like London are constantly changing and forever expanding.

So, rather than stressfully cramming in every single spot you can imagine, I wanted to share some total gems in West London that you should visit.

Take a look, below, at the best things to do in West London. Have an amazing trip!

Created in the 17th century by Charles I, strolling Richmond Park is one of the best things to do in West London for spotting deer! Yep, there’s actually deer in London and they roam freely around the grounds of Richmond Park.

Being one of the larger parks in West London, Richmond Park is definitely worth a gander and visit to check out the trails, historic buildings ( like the White Lodge, which once served as a Royal residence) and King Henry’s Mound for views down the Thames Valley itself.

Best of all, it’s really easy to partner a trip to Richmond Park with a wider visit to Kew Gardens and Ham House that are both nearby.

Just shy of Hyde Park, the Natural History Museum is in that fuzzy area where you can also classify it as centrally located but also the start of West London, too.

Whatever the case, be sure to spend a good few hours exploring the Natural History Museum.

Be sure to spot Hope, the giant blue whale that’s suspended pride of place in Hintze Hall and is so huge! Plus, don’t forget to visit the dinosaur galleries, spot the dodo and see the scientists at work in the Darwin Centre.

If you’re feeling up for it, head over to the nearby V&A Museum (next door) and book a performance (or tour) of the Royal Albert Hall. Both are within easy walking distance of the Natural History Museum and well worth a look around.

You can’t mention the best things to do in West London and not speak about the legendary Kew Gardens – it’s incredible!

Created back in the 1800s, Kew Gardens is a London staple and is considered one of the world’s most diverse and expansive gardens to visit.

With 8 million+ different plant and fungal variations that are housed in its herbarium, Kew Gardens has a wealth of species at its fingertips. Best of all, there’s a shed load of different species nestled all around the grounds and glasshouses, too.

Once inside the grounds, be sure to visit; the Palm House, Waterlily House and the Treetop Walkway that skims right within the branches of the trees. It’s gorgeous and you can easily spend a whole day wandering the grounds.

Read more: Best things to do in South London

Cutting right through Notting Hill, Portobello Road is one of West London’s coolest streets to visit. Not only does it have a heap of boutiques and independent shops to visit, it also hosts a weekend market that’s as bustling and varied as they come.

From antiques to freshly-made treats, there’s a little something for everyone at the market. Though, it does get super busy, especially on a sunny day.

If it’s antiques you’re after, head over to Alice’s which is an iconic vintage shop that’s perfect for a little trinket to take home! Best of all, the prices aren’t quite as eye-watering compared to other London vintage stores.

On the point of shops, make sure to walk the 15-seconds onto Blenheim Cresent.

Here, you’ll be able to pop into the Notting Hill Bookshop, which is a film-buff and book worm’s dream spot. You see, it’s the exact bookshop featured in the film, Notting Hill.

Hampton Court Palace is probably one of West London’s most well-known palaces. With over 500 years of history, the palace and gardens are just incredible to see.

Once here, be sure to explore the gardens, visit the Great Hall, William III’s (totally gorgeous) apartments and see Chapel Royal.

Oh, also, don’t forget about the Palace Maze! Commissioned around 1700, it’s one of the best parts of the Hampton Court Palace and is the oldest hedge maze in all the UK. Over the years, it’s been said that numerous royals have gotten lost in these very hedges.

Once home to William Hogarth, an 18th-century English artist, Hogarth’s House is one of the best things to do in West London to explore a sometimes overlooked museum.

Free of charge, the historic house now operates as a museum, welcoming explorers to take a nosey around the historic house. Take some time to walk through Hogarth’s House and learn not only about the world of Hogarth and London itself.

Afterwards, head over to nearby Chiswick House and Gardens with its Iconic Temple and the house itself.

If you want to enjoy some beautiful architecture, greenery, and get some exercises at the same time, Osterley Park is the place for you.

Osterley Park is located on a totally lush 350-acre estate, is a huge 18th-century house with gorgeous grounds to stroll around. Not only that, but it also has the tastiest farm shop where you can purchase fresh veggies and nibbles, too!

Also, along the perimeter of the grounds, you can find a cycling track too. Hire one of the TFL bikes and follow the trails around the edges of the park.

Visiting the Leighton House Museum is one of the best things to do in West London that’s filled with beautiful interiors and exhibitions.

The entire house is essentially a work of art, and an architectural gem (even though it’s not as obvious from the outside).

A perfect place for a few hours visit that can easily be partnered with a trip to the nearby Design Museum and Holland Park.

If you’re a rugby fan, then you’ll want to get yourself over to Twickenham; the home of England Rugby.

Throughout the year, you’ll be able to catch a heap of rugby games and fixtures, as well as international competitions. They also have festival-style rugby events, like the Rugby Sevens that was so much fun!

Also, don’t forget to pop into the World Rugby Museum for the lowdown on all things rugby! It’s one of the best things to do in West London for sports lovers, though you might find it a bore if you’re not into your rugby.

If you’re a gin lover, make sure you schedule a tour with the Sipsmith Distillery nestled on a more residential street in the Chiswick area of West London.

Best of all, you’ll get to conjure up and try your own gin tipples, too!

The historic and totally beautiful Ham House dates back to the 1600s and is one epic spot in West London to explore. Not only that, the gardens are stunning, too.

You can easily spend a good few hours strolling Ham House and the interior is just as impressive as the outside itself. Not only that, the house has a world-renowned collection of art to see and well worth taking a gander whilst strolling between the grand rooms.

Afterwards, hop on Hammerton’s Ferry across the Thames River and visit the Orleans House Gallery and nearby Marble Hill House.

Read more: Best things to do in London

28 Very Best Things To Do In London

11 Best Places In Oregon To Visit

Tips for How to Visit Windsor Castle

15 Best Things To Do in Palanga, Lithuania

Video: Rare’s classic postmortem of GoldenEye 007 for the N64