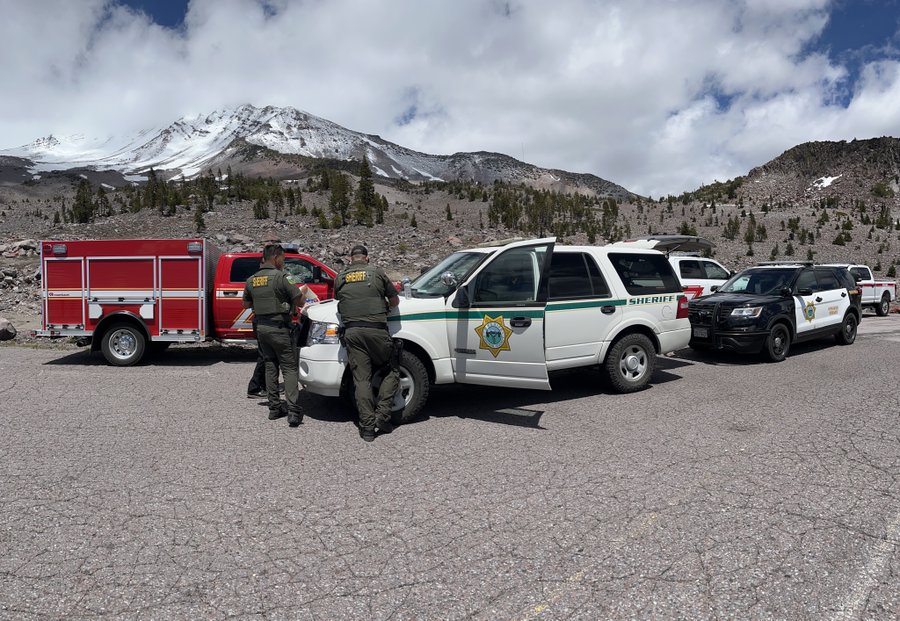 The guide was leading a couple, male and a female, in Avalanche Gulch when they all fell about 1,500 feet at about 8:30 a.m., Courtney Kreider, a spokesperson for the Siskiyou County Sheriff’s Office said.

“They were tethered together,” said Kreider. The guide died and both the man and the woman were injured. “The male is more severe than the female,” she said.

In the second incident, also in Avalanche Gulch, a male climber who was part of a group was injured after falling down the mountain at about 12:31 p.m.. A rescue team responded to the scene and airlifted the man to a hospital. Later in the day at 4 p.m., a female climber who was part of the same group “fell 2,500 vertical feet and had severe head trauma,” Kreider said.

“It took a couple hours to locate her,” she said. “They located her shortly after 6 p.m. and airlifted her to a hospital.”

Mount Shasta rises 14,180 feet above sea level in the Cascade Range and is typically snow-capped year-round. There are several non-technical routes that travel to and from the summit, and Avalanche Gulch is the most popular and provides the easiest access, the US Forest Service said.

Springtime, when temperatures begin to warm, is a popular time to climb Mount Shasta, but Kreider said conditions were dangerous on Monday after a cold weekend weather delivered fresh snow.

“What makes it dangerous right now is the change from really cold to really warm,” she said. “We had snow over the weekend, just a little bit of snow, and it created this thin layer of ice in Avalanche Gulch and when it warms up, that thin layer of ice sloughs off so you have to have really good climbing gear — climbing boots that can really dig into ice.

She added: “We’ll get 20 rescues within a climbing season throughout spring and summer, but it’s abnormal for us to get this many in a single day. Rangers assisted several other people on Monday who were scared to come down alone.”